When Past Presidents-Elect Named Their Cabinet

David Axelrod, former Senior Advisor to President Barack Obama, recently defended the pace of President-Elect Donald Trump’s transition. He noted the incoming Obama team did not made any major appointments before this point in 2008. The Washington Post took a deeper dive and found that since 1980, only two Cabinet appointments had been made by mid-November, both by then-President-Elect George H.W. Bush.

On average, all five presidents-elect since 1980 completed their Cabinet appointments by the year’s end. It should be noted that President-Elect George W. Bush began his transition about a month later than the others since Bush v. Gore was not decided until Dec. 12, 2000.  All five president-elects made Cabinet announcements well into December, with Presidents-Elect Ronald Reagan, George H.W. Bush, and George W. Bush taking until the first weeks of January to finish up. By these metrics, Mr. Trump is on pace with his predecessors with plenty of time to go. 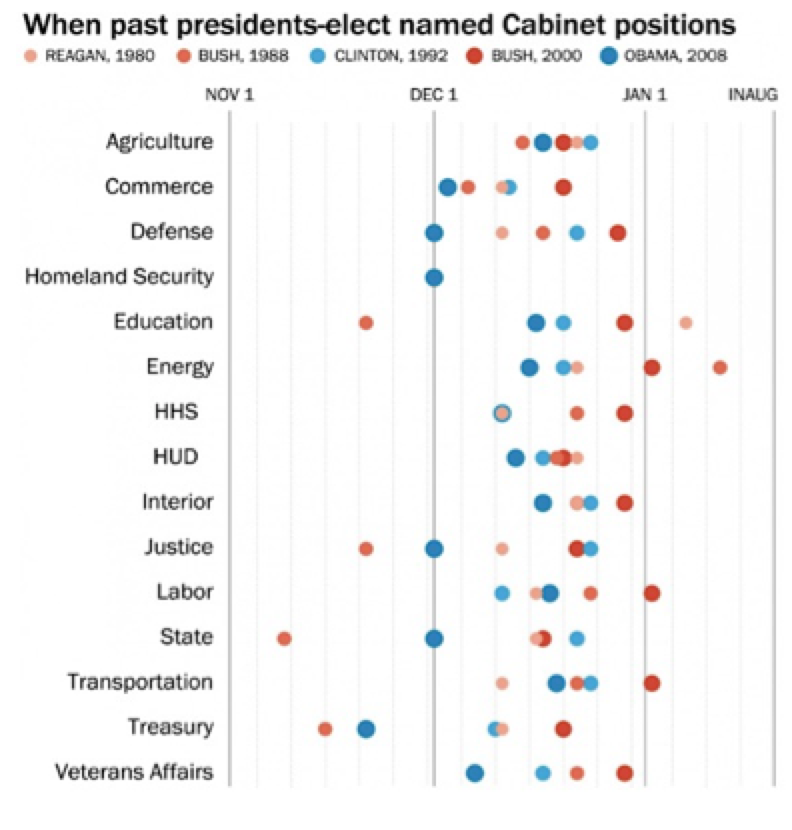