According to a FiveThirtyEight.com analysis, state polls in key battlegrounds like Florida, Michigan, and Pennsylvania predicted Hillary Clinton would win by an average of 0.6, 4.0, and 3.7 points, respectively.  Instead, Mr. Trump won Florida by 1.19 points, Michigan by 0.22 points, and Pennsylvania by 0.72 points.  While the state level polls missed the mark, national polls were closer to the national popular vote results. 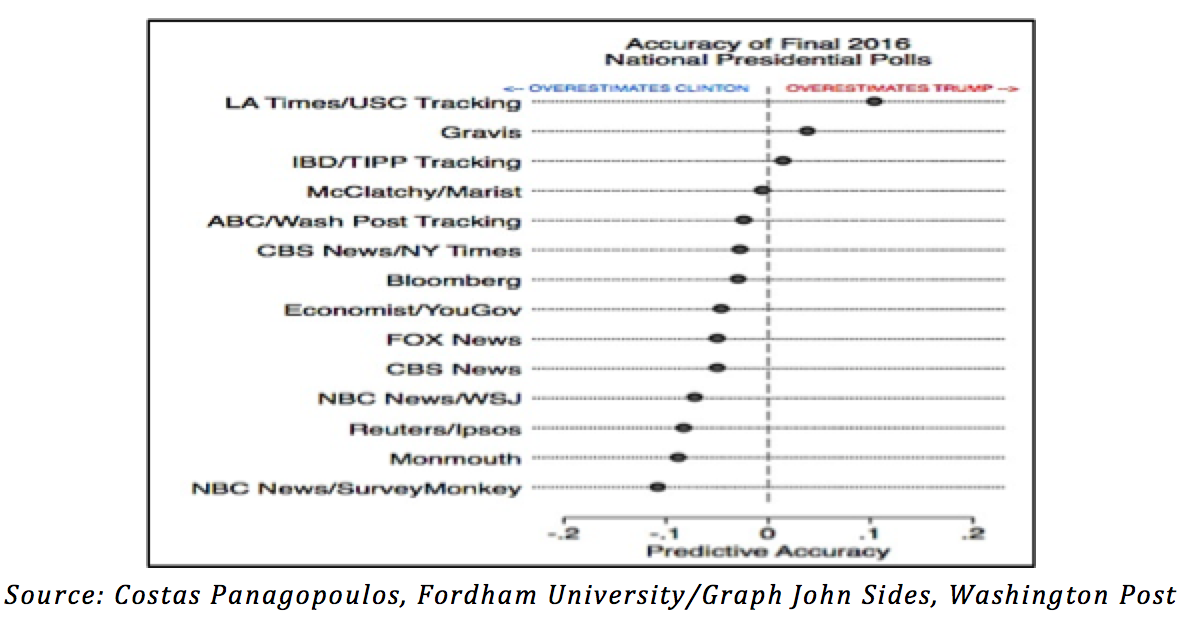 The debates on the most accurate polling methodologies will continue beyond.  The differences may account for why some polls were better than others.  For example, McClatchy/Marist used only live surveys (live landline and cell phone calls), while one of the least accurate polls in the final week, NBC News/SurveyMonkey, incorporated non-live surveys in their sample.  Polling outlets – especially those that focus on state surveys – must discover why their methods failed in 2016 and adjust their methodology and samples in elections to come.