Together, Libertarian candidate Gary Johnson and the Green Party’s Jill Stein took about 1.35% of the presidential vote total in 2012, somewhat short of Ralph Nader’s impressive 2.54% in 2000.  Some analysts speculate today’s presumptive Republican and Democratic nominees’ high negative ratings make 2016 a promising year for a third party candidate.  Judging by recent polling, they may be right.

Who is hurt the most by the strength of third party candidates?  Evidence suggests it is Mr. Trump.  He loses in two out of the three matchups where Mr. Johnson locks in at least ten percent, while Ms. Clinton loses only once.  If Mr. Trump wants to a better outcome, he will need to convince a significant number of undecided voters they should side with him rather than the alternatives. 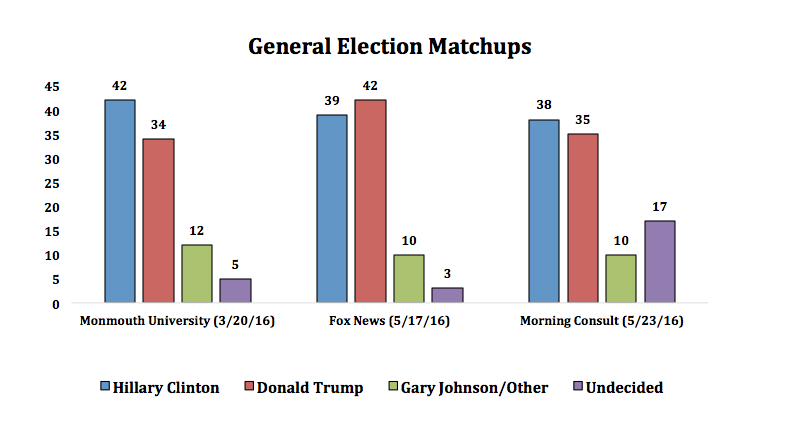