A new Pew Research Center analysis points out that last election cycle, more Americans identified as “independents” (39%) than Democrats (32%) or Republicans (23%).  Of those independents, 17% leaned Democratic, while 16% leaned Republican.

Independents are a key – if not the key – swing bloc every election and both parties have opportunities to win over the group in 2016.  The winning candidate is likely to be the one that does a better job of discouraging voters from supporting the other party while diminishing their hesitancy to supporting the candidate. 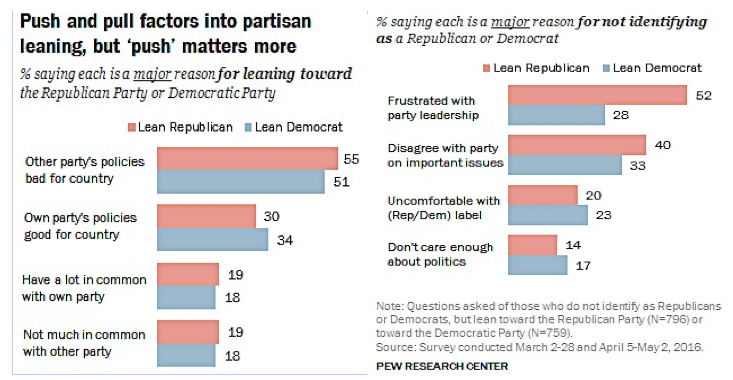