Jan van Lohuizen of Voter Consumer Research and Luke Thompson of Ad Astra Insights have done interesting work in depicting the pattern over time of the favorables and unfavorable of the remaining Republican and Democratic presidential contenders.  Their work is contained in the five charts below: the numbers are drawn from every national survey since June 2015 that used live-dial instruments.

Donald Trump’s positives have been in general decline since mid-February and his unfavorables sharply increasing in March.  The negative gap between his favorables and unfavorable is the largest of any of the five remaining Republican and Democratic presidential contenders and virtually every voter feels they know enough to offer an opinion.  Neither party has ever nominated a candidate with as big a deficit as the New York real estate magnate. 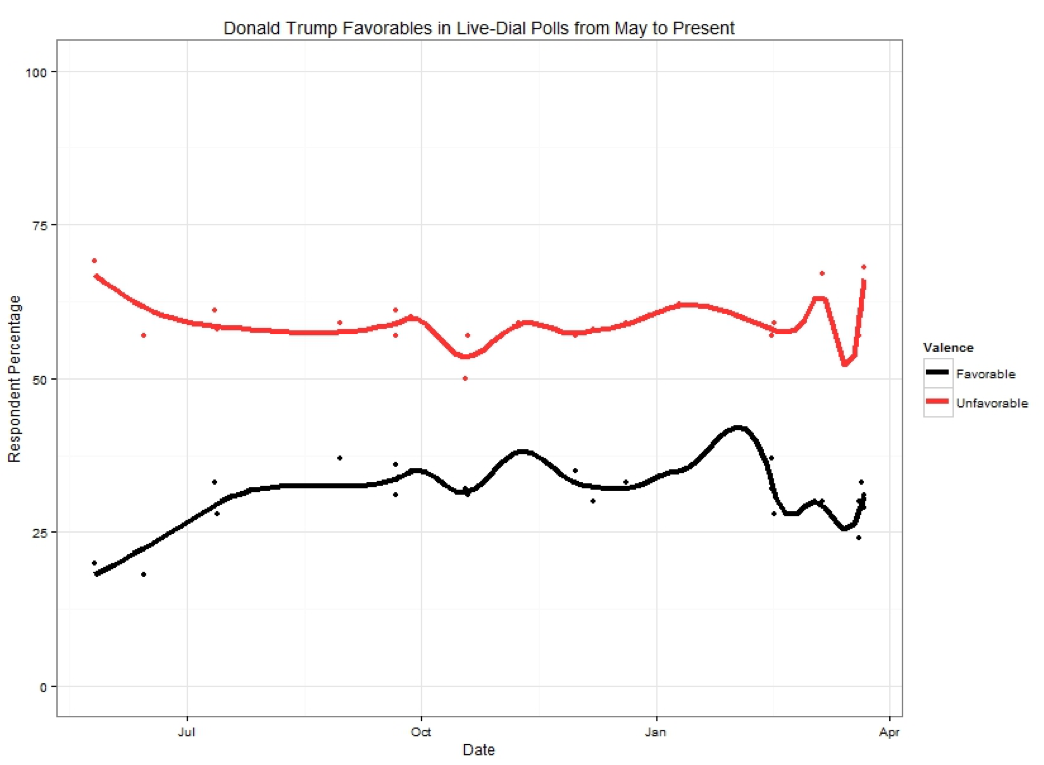 Sen. Ted Cruz saw his favorables increase in December and briefly eclipsed his unfavorable until early February, when they dropped while his unfavorable rose under the pressure of attacks and press coverage. 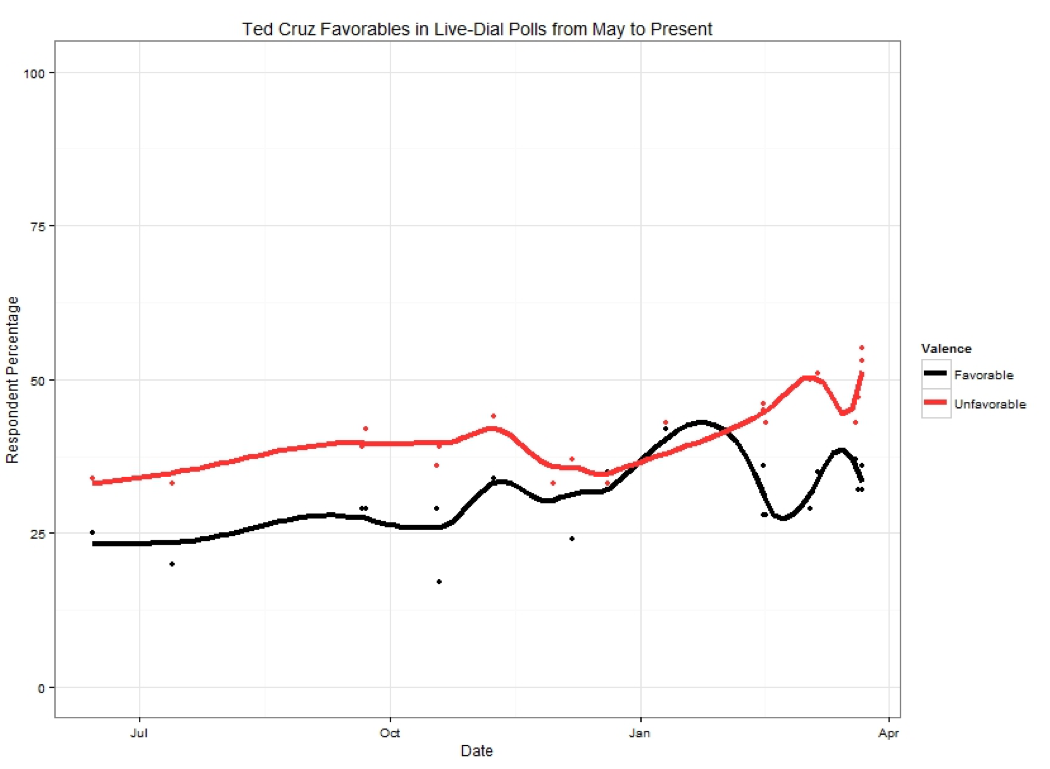 Ohio Gov. John Kasich’s favorables and unfavorable tracked closely together until late 2015 when his positives rose sharply, though nearly a quarter of voters believe they lack sufficient information to offer an opinion. 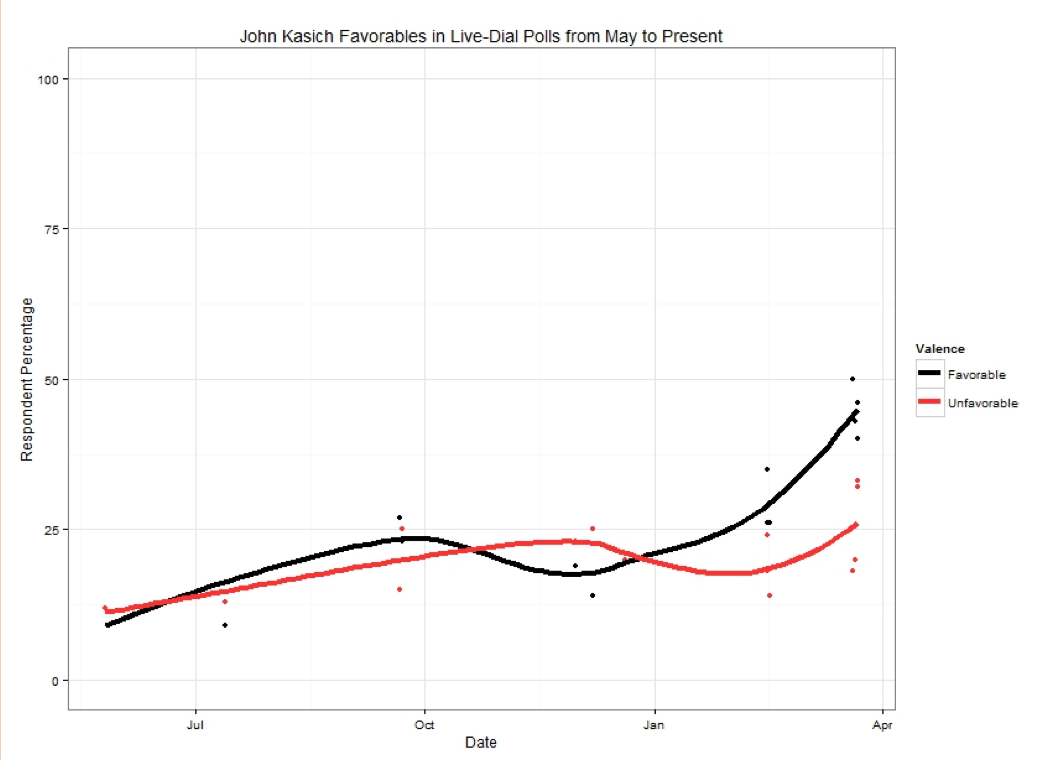 Consistently been higher than her favorables, Hillary Clinton’s unfavorable have ticked up in late March as have her positives.  Well over nine of ten voters feel they have enough information to have an opinion. 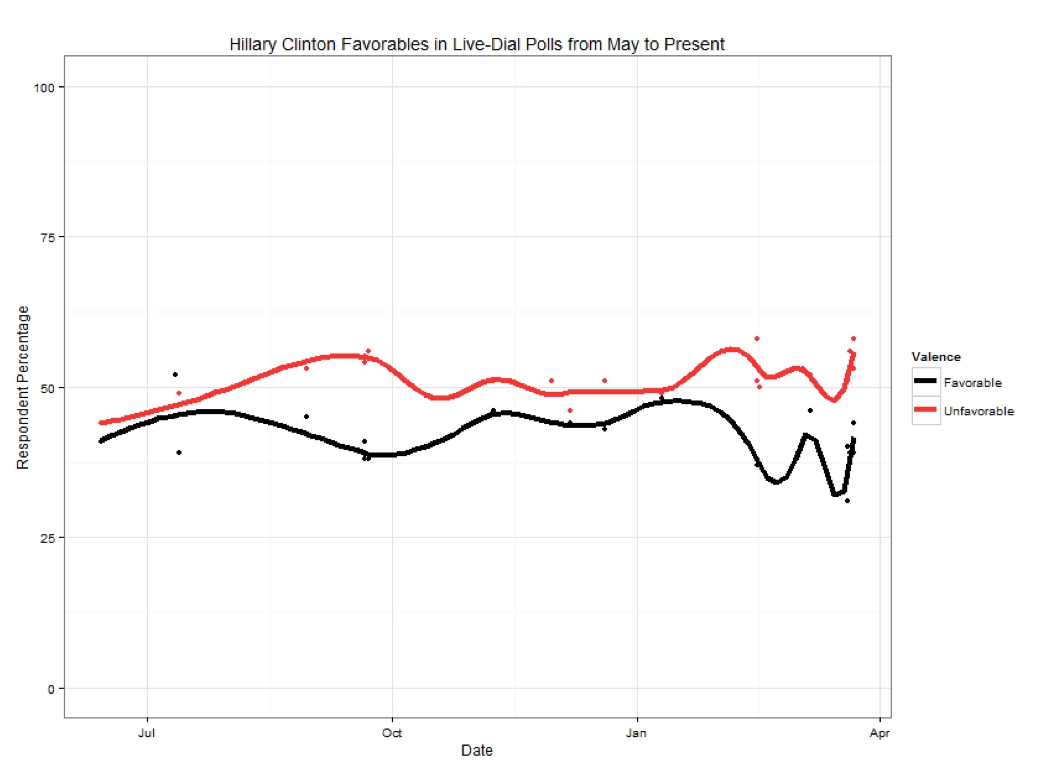 Sen. Bernie Sanders’ favorables and unfavorable have tracked closely since the beginning of the cycle with his favorables slightly higher than his negatives since last September. Nearly nine of ten voters feel they know him well enough to form an opinion. 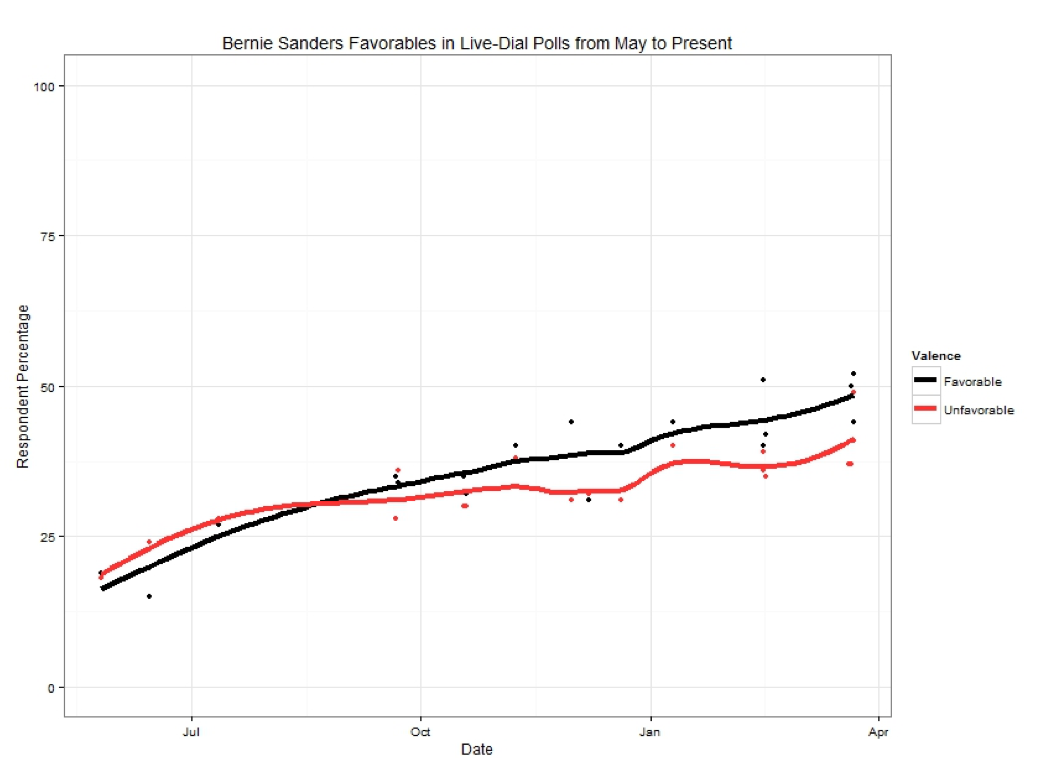 It is interesting that both parties’ frontrunners have unfavorables higher than their favorables and both are deteriorating.