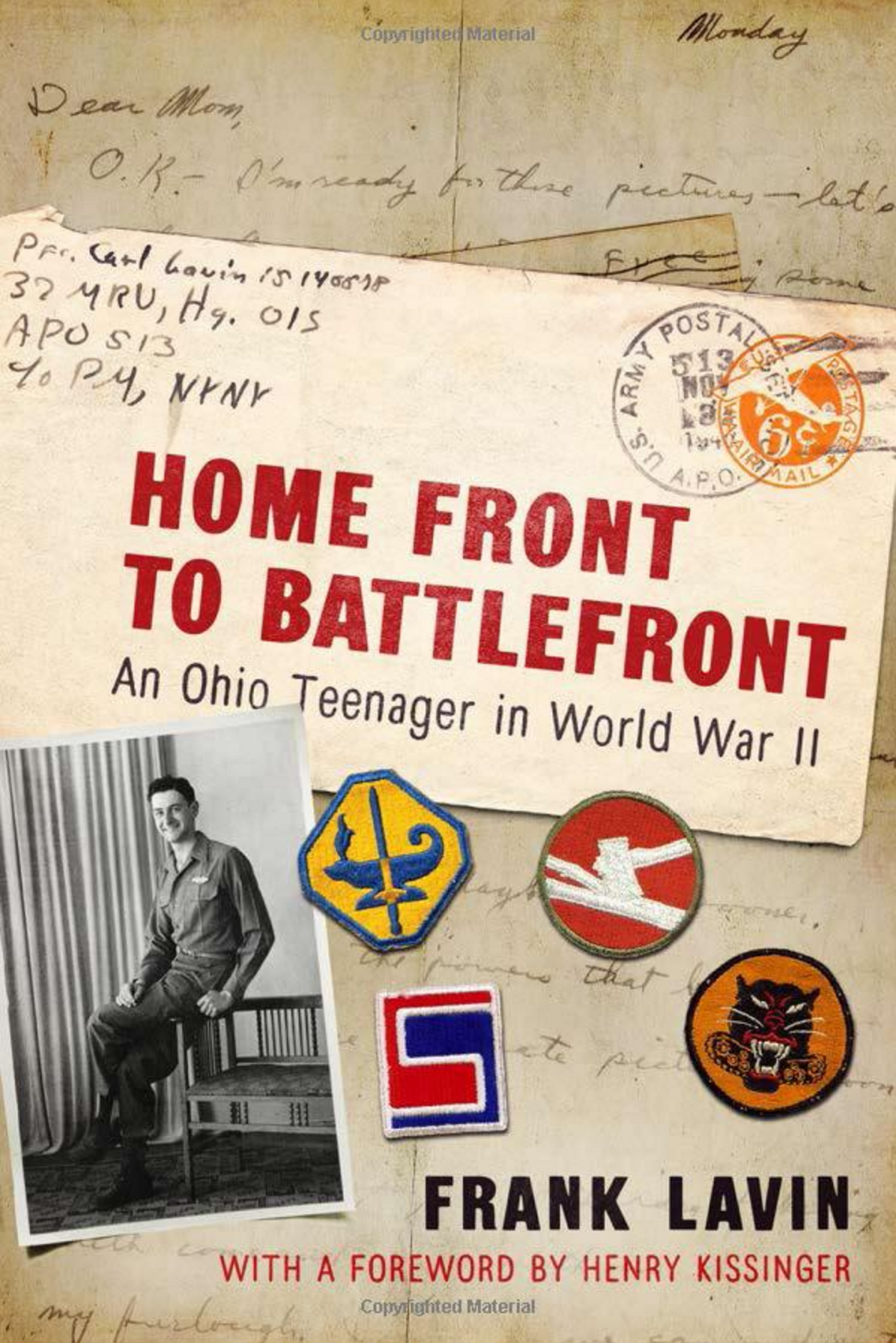 It is easy to forget that the greatest conflict in human history – World War II – was won mostly through the efforts of teenagers who made up the vast preponderance of soldiers, sailors, airmen, marines, and merchant marines.

This volume, lovingly compiled and edited by Frank Lavin, gives a rare look at the war through the eyes of an 18-year old soldier in the 84th Infantry, his father, Carl Lavin.  Drawing on his father’s letters, private papers, and recollections, Frank takes readers from Pearl Harbor in small town America through victory and occupation, but the heart of the book is a grunts’ level view of the bloody, brutal end of WWII from the 84th’s arrival at the Bulge in December 1944 through the linkup between American and Soviet forces at the Elbe River in May 1945.

Carl Lavin enlisted at 18 shortly after graduating from high school in Canton, Ohio (yes, there’s got to be a McKinley connection!).  Called up in 1942, he trained in Texas, was deployed at first to England and then across the Channel to France in the early winter of 1944.  Expectations were high that the war’s end was near.  But ahead was the Battle of the Bulge, where the 84th was rushed to relieve the beleaguered 101st Airborne, and the deadly move into Germany in the face of fanatical resistance by the Nazis.  One out of every six members of Carl’s unit were wounded or killed.

Though Carl’s letters were censored, the horror of war is never far away.  Smart and curious, the teenager shared with his parents and friends his impression of a nation and people ruined by war; sending home pages snatched from German magazines, sharing conversations shared with newly-freed French peasants laboriously conducted with snippets of dialogue from a barely remembered high school French course, and recounting the moment he knew he had killed a German soldier – not from a distant, antiseptic distance, but up close and personal.  One of the book’s most moving parts is the role of the 84th in liberating two concentration camps.  Imagine being an American Jew, still in his teens, and helping other Jews from a hell on earth.

If you enjoy military history, this is a book worth reading.  You’ll see WWII from the bottom up – not from the perspective of generals and armies, but from the vantage point of the ordinary soldier, called on to suffer deprivation, danger, and left-threatening hard combat at close range.  I knew Carl Lavin, who lived a rich and wonderful long life of 89, almost 90 years. After the war, he married a wonderful woman, Audrey, who he met on a blind date.  Together, they raised a remarkable family of similarly gifted children.

Shortly before he died in 2014, he read his son’s compilation of his war letters and recollections and then wrote about the feeling this brought up.  “I feel a sense of pride,” he wrote, “ at having always been a good soldier, of doing my duty.”  There is a reason Carl Lavin and his comrades are called America’s Greatest Generation.