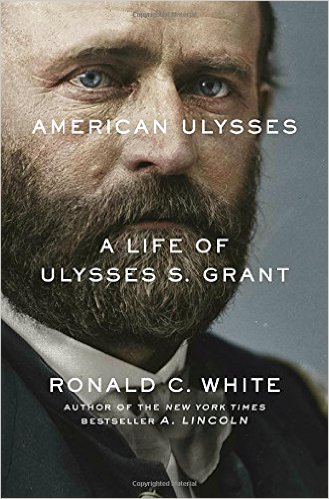 Ronald C. White is a fine writer with a penchant for research and a predilection for coming at his subject from a fresh angle. So it is with his spectacular biography of Ulysses S. Grant.

For too long, the popular view of Grant has been almost cartoonish. As a Civil War general, he has been depicted as a drunken brute who prevailed only by the application of overwhelming force, without regard to loss of life or treasure. And as a president, Grant is routinely depicted as a do-nothing mediocre elevated to the nation’s highest office only because of popular enthusiasm for his role in winning the war.

White’s view is richer, broader, and deeper. Grant emerges as a true leader, a man of thought and vision, both in conflict and peace. White explores Grant’s intellect, moral courage, humanity, and relationship with his remarkable and largely (until now) ignored wife, Julia Dent Grant.

The result is a picture of a man who is both greater than the sum of his exploits and yet more vulnerable and human. White’s work on Grant’s presidential years is especially revealing, challenging long held assumptions about his actions and influence.

Civil War and presidential buffs will both enjoy this lively read, a thoroughgoing revisionist history of the man who won the Civil War and then helped usher America into decades of peace, growth, industrialization and rising power.