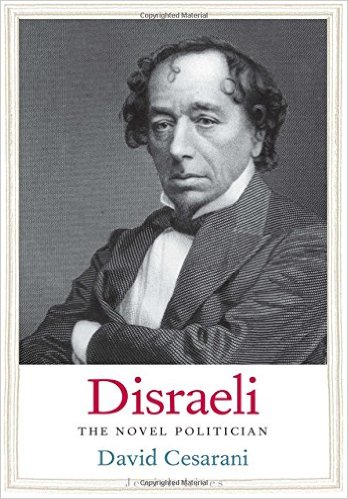 After Winston Churchill, Benjamin Disraeli is the most interesting and perhaps consequential British Prime Minister of the last two centuries. Born a Jew, he was baptized and raised as an Anglican by a father who wanted to widen the range of possibilities for his gifted son in a country in which Jews faced tremendous barriers. The young Disraeli first made his mark as a man of letters, writing provocative novels that dealt with large social questions. He soon gravitated to politics, first serving as an agent for Tory Party leaders, then seeking office himself. It took him several attempts to win a seat in Parliament, but he then began a rapid, yet challenging, rise to leadership in the House of Commons. Despite many opponents within and without the Tory Party and often thinly veiled anti-Semitism, Disraeli became Chancellor of the Exchequer and Prime Minister twice. He became a favorite of Queen Victoria and modernized the Tories, moved his party toward Free Trade, acquired control of the Suez Canal and deftly steered the British Empire through international crisis again and again. Alas, while David Cesarani’s book is deeply informed, it’s not the place to start for readers unfamiliar with Disraeli. It’s focused on the impact of Disraeli’s Jewish heritage on his life and actions, a topic more of interest to someone already acquainted with his life. If you haven’t read much about Disraeli, there are books with a broader scope, among them Robert Blake’s magisterial DISRAELI or Sarah Bradford’s WORK of the same title. One approachable volume is DISRAELI: THE VICTORIAN DANDY WHO BECAME PRIME MINISTER, by the British historian and biographer, Christopher Hibbert. Better to pick up one of these and, if left thirsting for more, go for Cesarani next.
Share on
Related Books