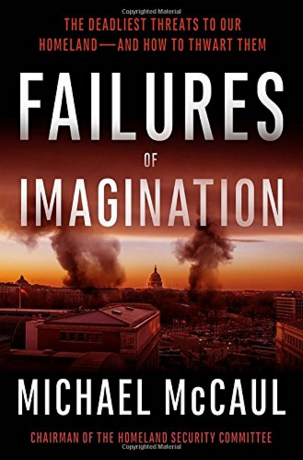 The Chairman of the House Homeland Security Committee, Michael McCaul of Texas, has written a riveting book about the security challenges America faces today. McCaul, a former federal prosecutor and chief of Counterterrorism and National Security in a U.S. Attorney’s office before being elected to Congress in 2004, describes the threats by the use of eight possible terrorist scenarios. They range from an effort to decapitate the U.S. government by a strike on the Capitol to a cyber strike designed to cripple the country’s financial system to attacks using airplanes and biological weapons. The threats are real, the scenarios more than just plausible, and while the book contains serious policy suggestions about what must be done to protect the American homeland and defeat these threats, the chapters read like action movie scripts. Pick this book up today, but be prepared to worry more about our nation’s security when you finish the volume than when you picked it up.
Share on
Related Books