The First Thousand Years: A Global History of Christianity 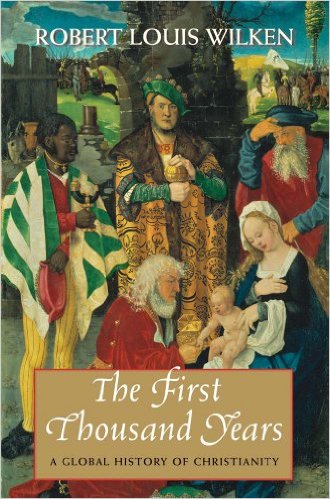 It started with a handful of disciples in a backwater of the Roman Empire, so how did Christianity become a global religion? How were its institutions and practices created and formalized? How did its leaders resolve doctrinal disputes and come to articulate a cohesive, universal faith? Robert Louis Wilken, William R. Kenan, Jr. Professor of the History of Christianity at the University of Virginia and Distinguished Fellow of the St. Paul Center for Biblical Theology, has written a wonderfully learned and brisk survey of Christianity’s first ten centuries. He examines Christianity’s development, explaining the world into which it emerged and how in turn it changed that world. Wilken explores the controversies that threatened to weaken or break the faith apart, and introduces major figures – priests, monks, writers, emperors, and laymen and women – whose actions and writings shaped the religion. The portraits are brisk and revealing, his summary of their views and impact sharp and decisive. Personally, I especially enjoyed learning how fast and far and in how many diverse ways Christianity spread throughout the known world and how theological disputes only settled after acrimonious debate nearly 1,700 years ago are reflected in the words of the liturgy that we take for granted. This book is real delight.
Share on
Related Books