Washington's Monument: And the Fascinating History of the Obelisk 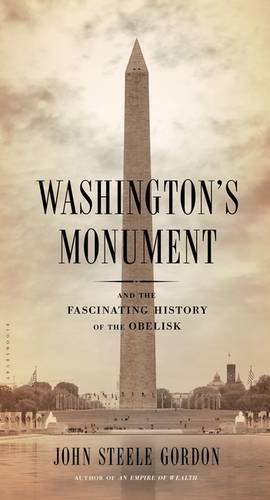 John Steele Gordon, WASHINGTON’S MONUMENT: AND THE FASCINATING HISTORY OF THE OBELISK. One of America’s great popular historians, Gordon has written a compact and enjoyable history of the Washington Monument which ranges from Egypt’s Middle Kingdom to the Revolutionary War to the worst recorded earthquake to hit the Nation’s Capital, with appearances by the Masons, the Know-Nothings, Napoleon, assorted European aristocrats and ancient inventors. It’s an easy, fun read. Even better is Gordon’s AN EMPIRE OF WEALTH, published in 2005, which may be the best single book on America’s economic development.
Share on
Related Books