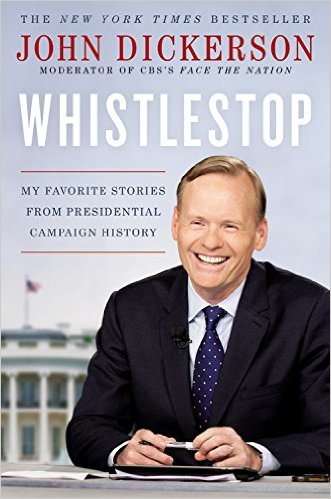 Just in time for this year’s wild contest, this longtime Washington journalist who is now moderator of “Face The Nation” on CBS on Sunday mornings has written a breezy volume that veers back and forth through 204 years of races for the White House. Most of Dickerson’s favorite elections are recent ones that he covered as a reporter for TIME, but this collection includes several from the 19th century and some of the most interesting contests of the 20th. In fast-paced and often chatty prose, Dickerson skillfully sketches the characters, actions and consequences of conventions, primaries, debates and general election contests. He’s particularly good at delving into the races he covered, but has also read widely and deeply on contests as distant as 1800. In this gifted writer’s hands, these contests come alive with verve and detail. Though I’d quibble with an occasional statement (like making the GOP’s loss of 77 seats in 1948 sound like the largest of any party – try the Democrats’ loss of 113 in 1894 or 72 in 1938 or the GOP’s loss of 101 in 1930) or interpretation (it was a Bob Jones professor who alleged John McCain had a black love child, not the Bush campaign, and it was in a email, not leaflet), Dickerson has written an entertaining book that shows a reporter’s delight in the history of the battle for the Oval Office that will be enjoyed by any political junkie.
Share on
Related Books