The Iowa caucus is four days away.  While its results will have a big impact on the Democratic presidential contest, a new poll from ABC News/Washington Post shows that regardless who wins this first contest, President Donald Trump is in a strong position for reelection.

What is the driver of Mr. Trump’s electoral strength?  The ABC News/Washington Post poll says it’s the booming economy.  In 2016, 63% of Americans said they worried about maintaining their standard of living.  Today, only 43% say they are concerned about maintaining their standard of living. While the daily news cycle focuses on impeachment, the real stories are that the Democratic field has not united behind one wing of their party and the nation’s prosperity is strong.  2020 will test James Carville’s statement that “It’s the economy, stupid.”  For now, the nation’s strong economy is Mr. Trump’s greatest strength as he runs for reelection. 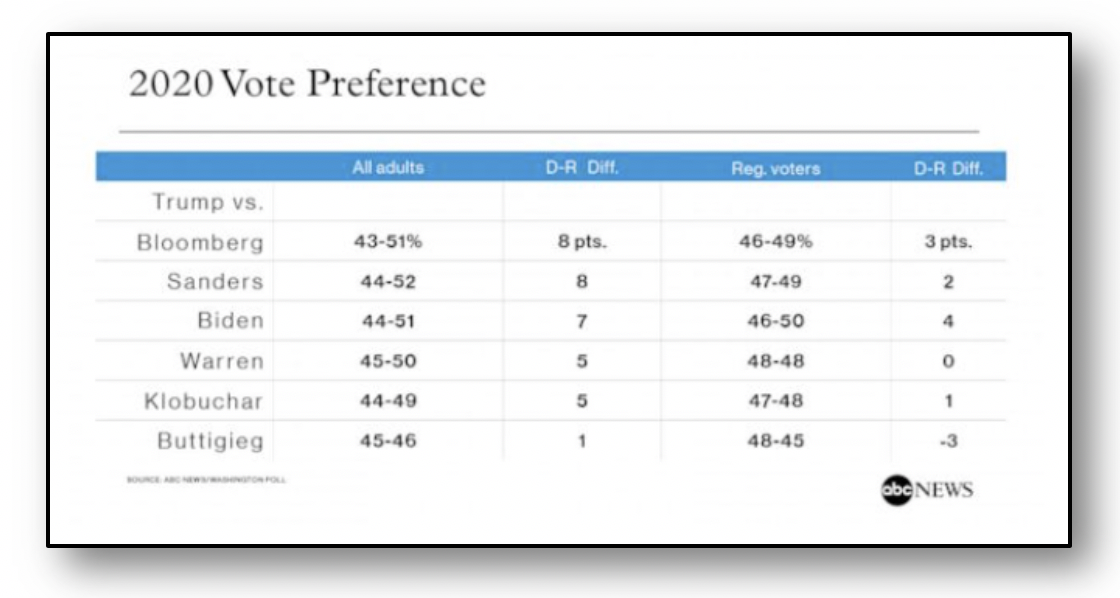