Before this past week’s events, it would be easy to assume that the main issues of the 2020 campaign would be the economy and healthcare.  Now, after President Donald Trump authorized the killing of one of the world’s most dangerous terrorists, voters may take a closer look at foreign policy.  Mr. Trump firmly defended American lives and interests while Democrats appeared to excuse the Iranian regime and waffle on the death of a terrorist mastermind.  So, as this new chapter starts, what’s Mr. Trump’s approval rating on foreign policy?

This sets the baseline, so will Mr. Trump’s approval on foreign policy improve in the coming weeks?  Big changes in attitudes are unlikely: America is too polarized and the Democratic presidential contest is too close to having ballots cast.  But watch independents, both men and women, to see if the president’s ratings rise, even marginally. 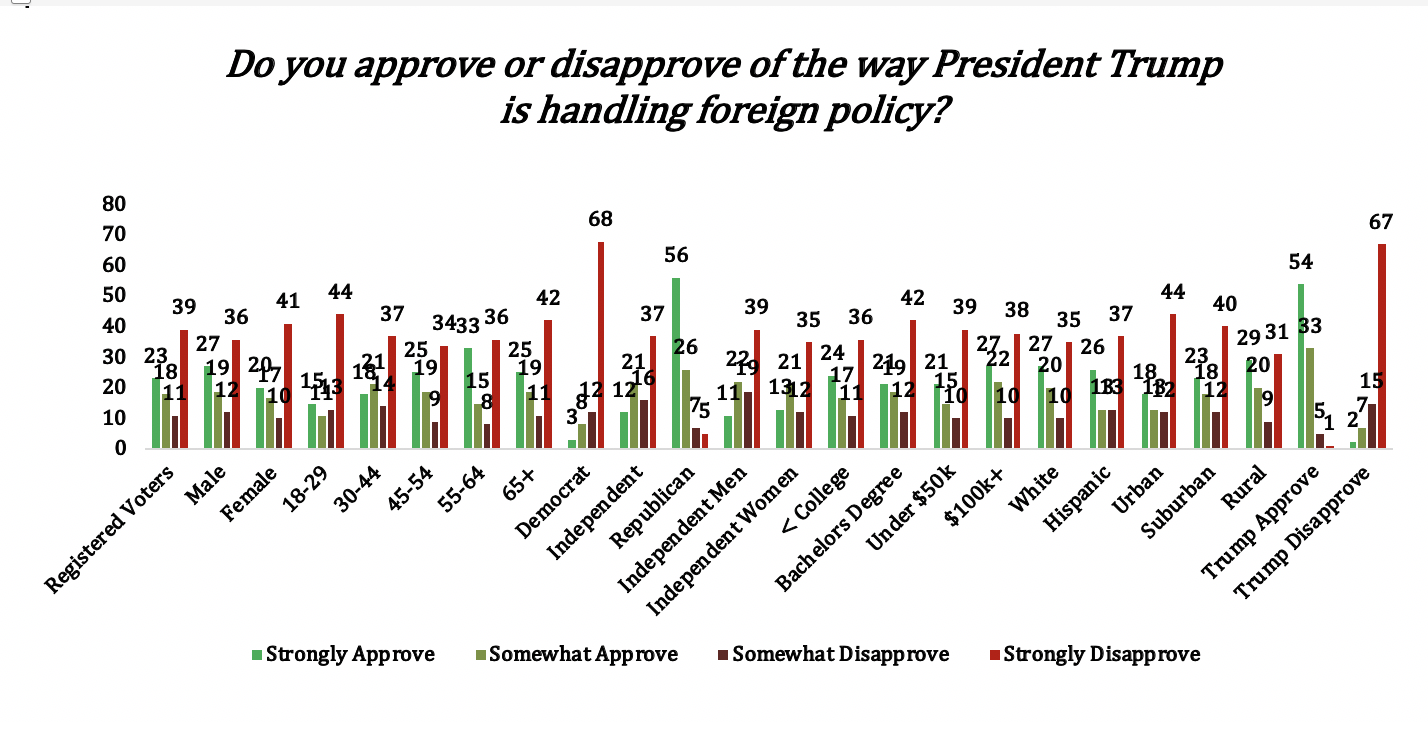