Republicans have closed the enthusiasm gap in the wake of the confirmation of Supreme Court Justice Brett Kavanaugh, but how does that translate into voter reliability?  According to Gallup’s latest survey, Republican voters are equally as certain to vote as Democrat voters are this fall.  Seventy percent of Republicans say they are certain to vote in the upcoming elections, compared to 72% of Democrats who say the same.  Only 43% of Independent voters are certain they will vote in November.

Today’s numbers are a good sign for Republicans, but they must capitalize on the revived enthusiasm and the close attention their voters are paying to their races.  If Republican campaigns do this and outwork their Democratic opponents on getting their voters to the polls, 2018 could be a better year than many had anticipated for the party in power. 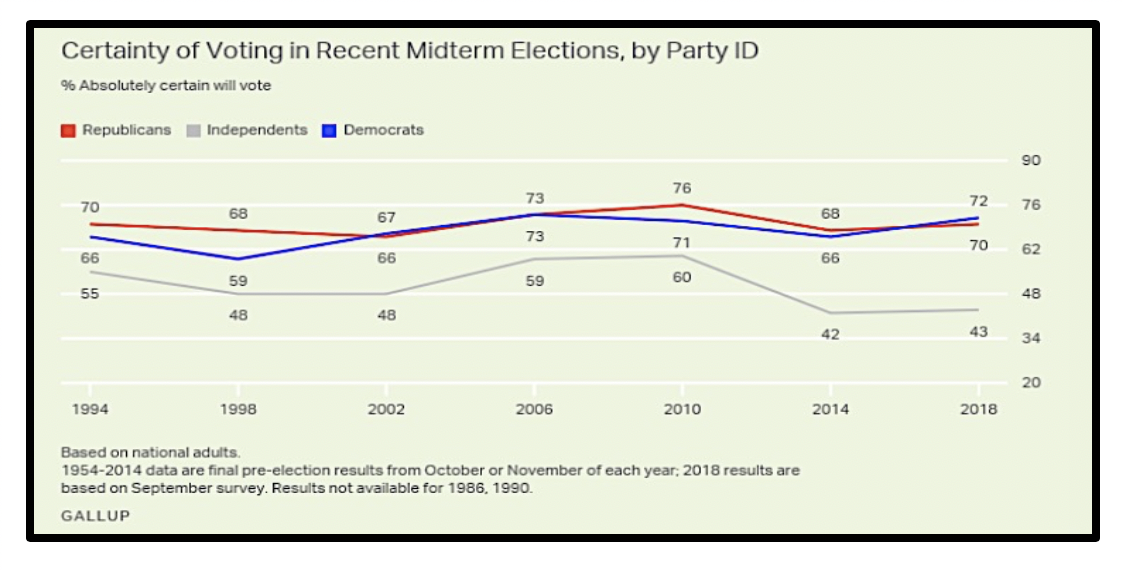 Polling News
One of the Pew Research Center’s key 2019 findings was how few “true” self-identifying independent voters there are.  ...
Read More
Share on:

Improved Sentiments on Foreign Trade with Passage of USMCA

Polling News
While House Democrats were putting on a show with their attempts to impeach the president, he delivered on a top campaign promise. ...
Read More
Share on:
“
A great conservative thinker is gone. https://t.co/vmq8tI1rgC
”