Trump Job Approval Down In Every State

How does the president fair state by state?  According to Morning Consult, the president’s job approval is down in every state, his net approval dropping as much as 30 points in solidly blue states like New York, to eleven points in red states like Louisiana. 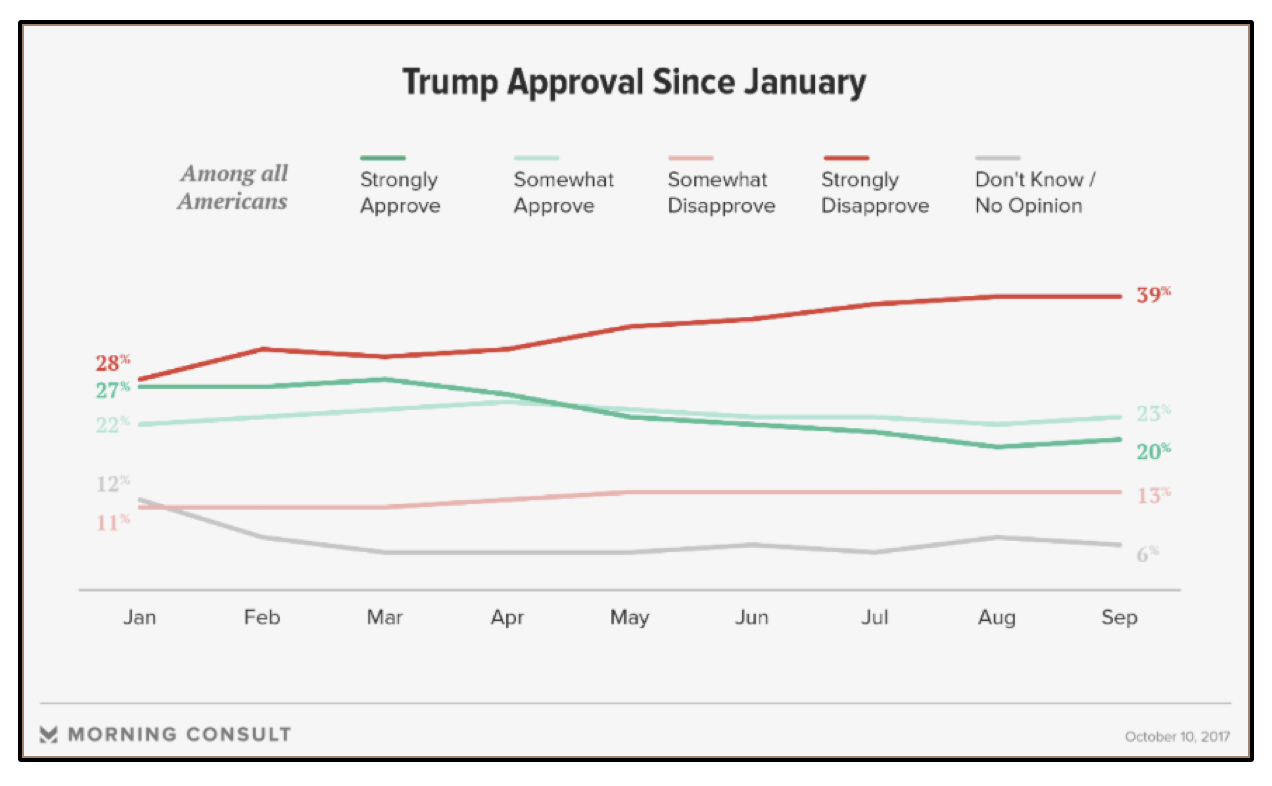 Mr. Trump can recoup his positive ratings in these key states and the nation as whole by working with Congress to deliver on major campaign promises this year and in early 2018.  Doing so will not only help his agenda, it will also aid Republicans running for office next year.