Voters Are Focused On Party Control Of Congress

These numbers suggest voters that generally turn out for Republican candidates are slightly more concerned about which party controls Congress after November’s elections.  The Democratic Party may not have yet convinced key demographics – such as females, Hispanic voters, and younger voters – that Democrats need to win and that control of Congress is a rebuke to President Donald Trump.  College educated voters are the exception.  They continue leaning more Democratic and do believe control of Congress matters.  A number of races, especially in districts and states with large suburban, college-educated communities, could be decided by these swing voters. 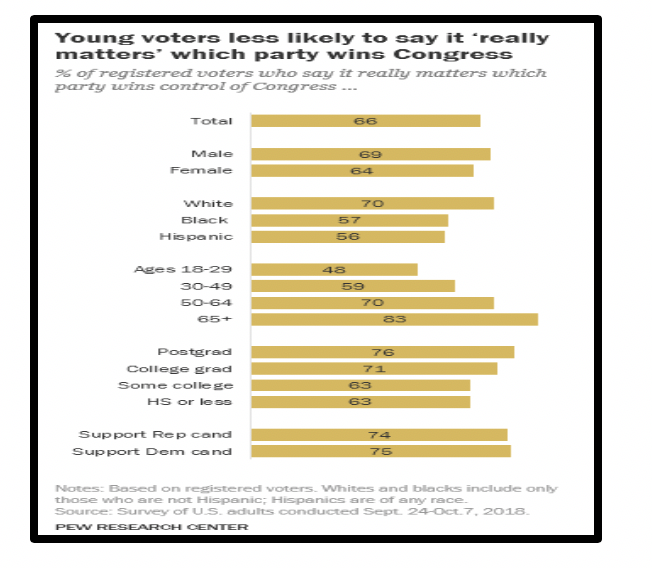