After ten months of the Biden Administration growing government and pressing a massive expansion of the welfare state with its $5 trillion “human infrastructure” proposal, Americans now favor a more limited role for government.  Gallup polling from September 1-17 shows 52% of Americans believe the government is doing too many things that should be left to individuals and businesses.

That 52% is an 11-point jump from Gallup’s survey conducted a year ago. Since that last poll was fielded, Democrats have pushed vaccine mandates, passed a third multi-trillion-dollar COVID relief bill, and proposed radical climate measures, a federal takeover of elections, massive tax hikes and a slew of anti-business regulatory measures.

While Democrats pressed this agenda, Americans are suffering through inflation, a slowing economy, porous borders, supply chain disruptions, an ideological takeover of some local schools, and rising crime.  This has led to a shift in public attitudes as a growing number of Americans believe government is failing to fix problems while grabbing for more power. 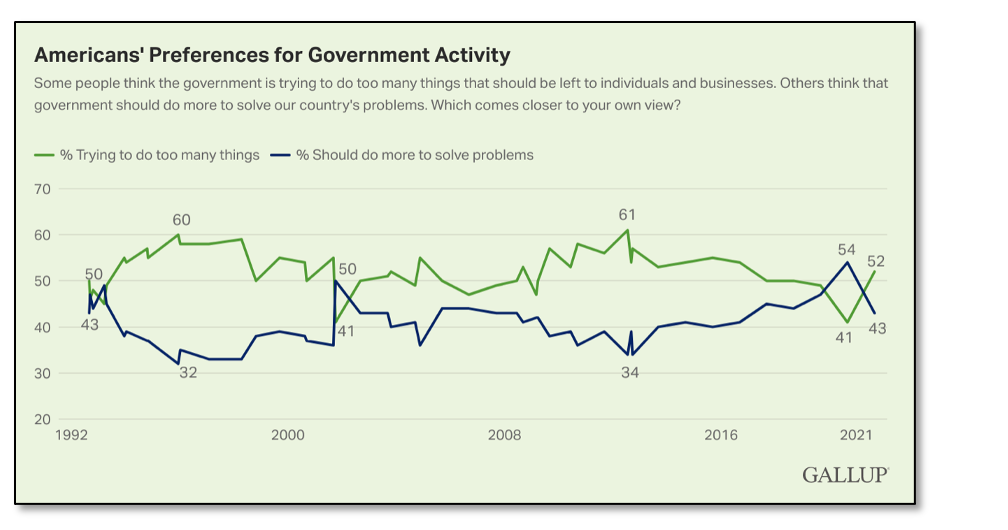 This significant shift in voter perspective provides an opportunity for Republicans as they look to reclaim both Houses of Congress in 2022. Voters want an alternative to a bigger, more intrusive government, especially since the one they’ve got isn’t working today. 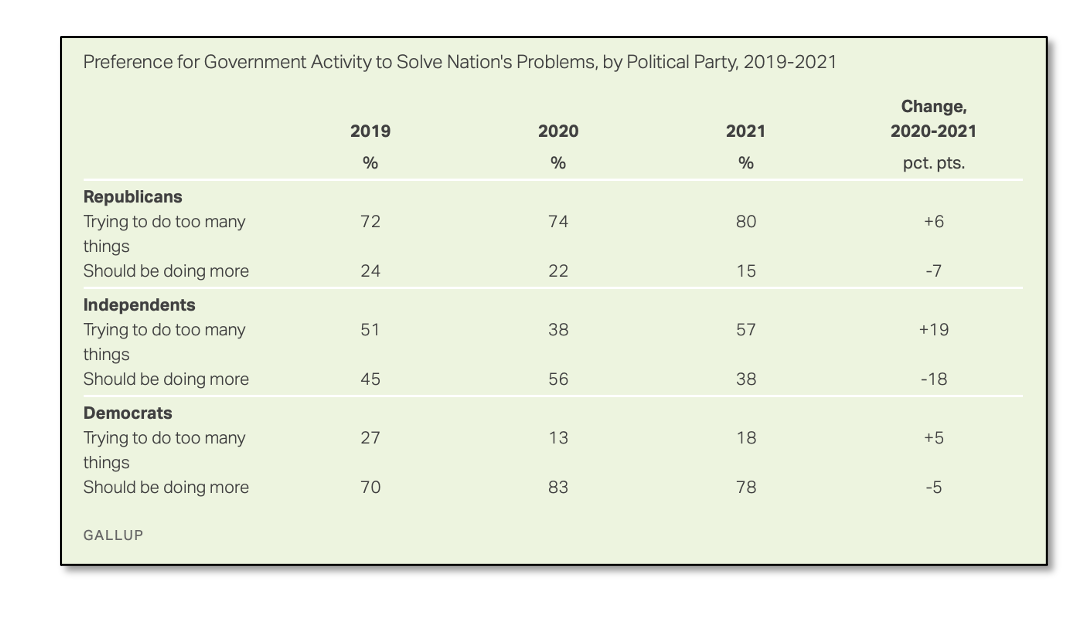