According to Gallup, President Donald J. Trump is seeing a late boost in his job approval just a few days before the November Midterm Elections.  The president’s weekly approval is now 44%, up from an average of 40% in late summer and 38% in September.  This shift comes following strong unemployment numbers and the confirmation of Supreme Court Justice Brett Kavanaugh.  Much of his improvement occurred with Republicans and Republican-leaners, who shifted from 81% on average between July and early October to 85% approval today.  The president also rose with Independents: 38% of them approve today, up from 35% on average between July and early October. 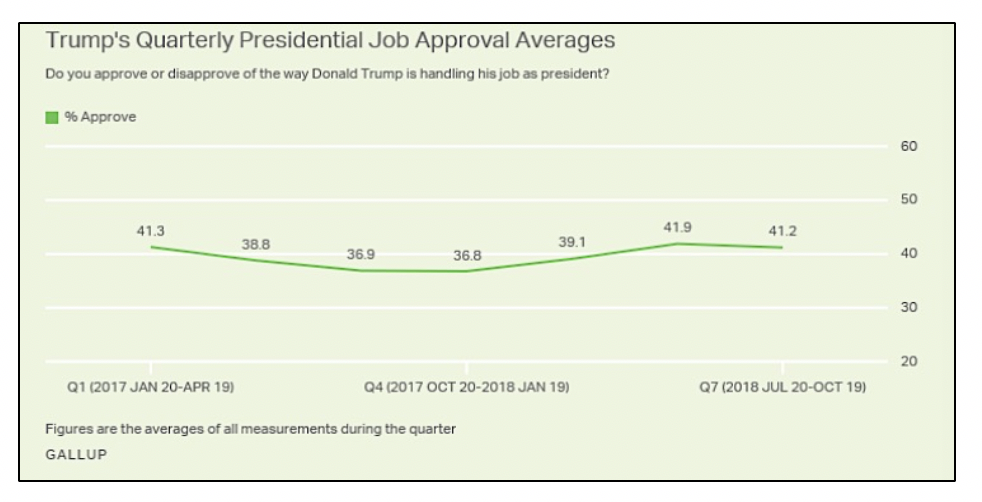 The only other recent presidents to have average job approval numbers lower than 50% at this point before a Midterm were Presidents Jimmy Carter (42.3% in 1978), Bill Clinton (41.4% in 1994), and Barack Obama (44.7% in 2010).  All three experienced losses in one or both Houses that November.  President Trump may not experience the same this year, however.  With his approval ratings on the upswing, a favorable Midterm Senate map, and unforced errors by Democrats, President Trump may see a few favorable surprises on election day. 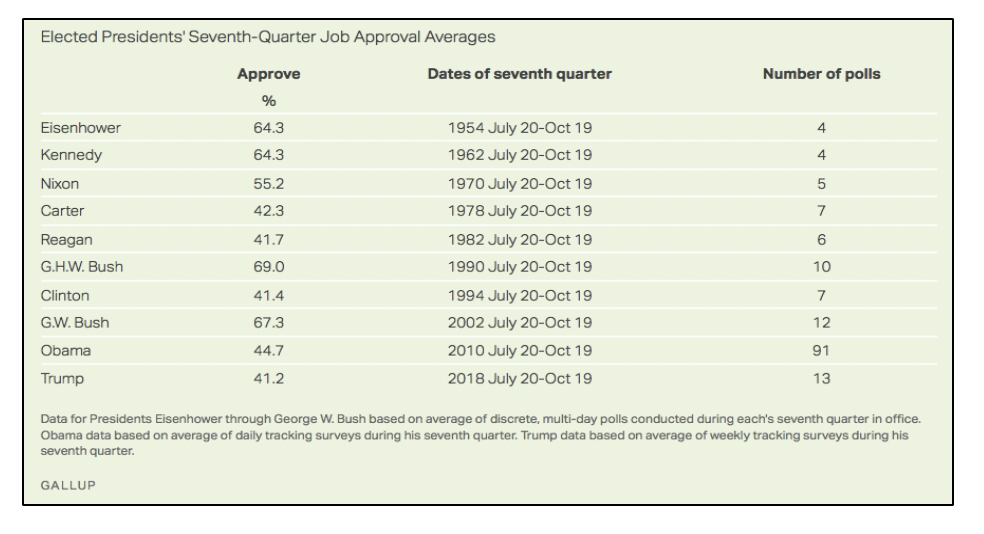