Spending by Democratic Senate candidates dwarfed that of Republican Senate candidates, $809 million to $494 million.  But as OpenSecrets.org noted, “it’s not clear that money was smartly spent, as about one-fourth went to [Jaime] Harrison and [Amy McGrath alone.”  Democratic spending was $200 million in just the long shot races against Majority Leader Mitch McConnell and Sen. Lindsey Graham (R-SC), yet McConnell won by 20 points and Graham won by over ten.  Another $130 million went on Democratic candidates who faced uphill races in Iowa, Kansas, and Montana.  Democrat donors must wonder if their money was well spent by Sen. Chuck Schumer. 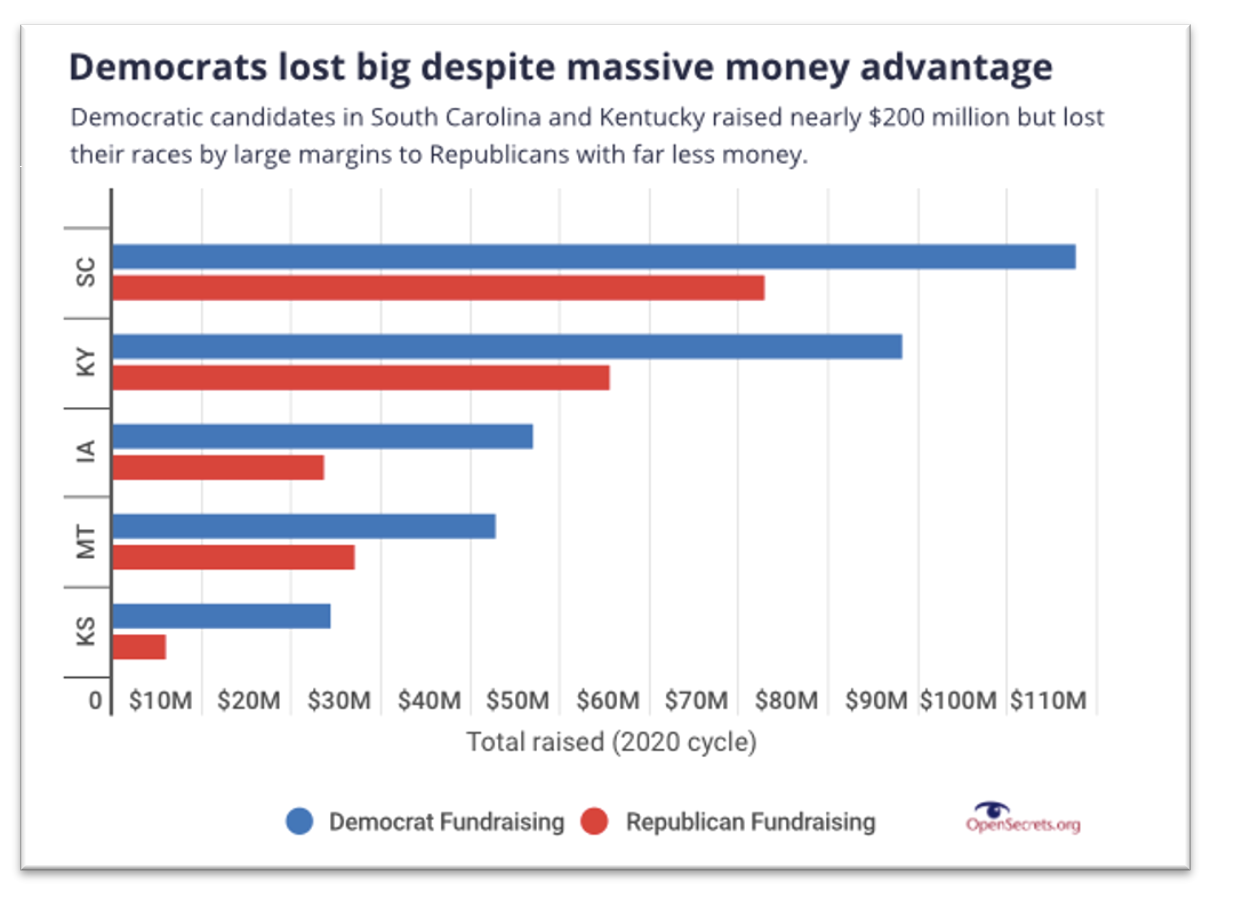 Still, with two run-offs in Georgia in January, the battle for control of the Senate is not finished.  Considering Sen. Schumer’s and Speaker Nancy Pelosi’s confusing victory laps since the wlection, odds are Democrats will misstep again. Democrats fail to understand is despite the presidential election’s outcome, Americans rejected the radical agenda pushed by Democrats down the ballot.  If the two Democrat candidates in the Georgia Senate run-offs use that playbook, voters will likely reject it again.