Fivethirtyeight.com points out Republicans won every state where redistricting was on the line.  Republicans held control of the Texas state house; the Pennsylvania, North Carolina, Iowa, and Kansas state legislatures; Minnesota state senate; flipped both houses in New Hampshire; held the governor’s mansion in Missouri; and passed Amendment 1 that established a bipartisan redistricting commission in Virginia.

Looking ahead to 2021 and redistricting, it’s unlikely Republicans will be able to draw as many lines as they did in 2011, however, they will be able to dominate the process in many states and prevent Democrats’ from gerrymandering to their favor.  Even though we’re still focused on the national results of 2020, over the next few months it will be clear how critical these state legislative races down the ballot were. 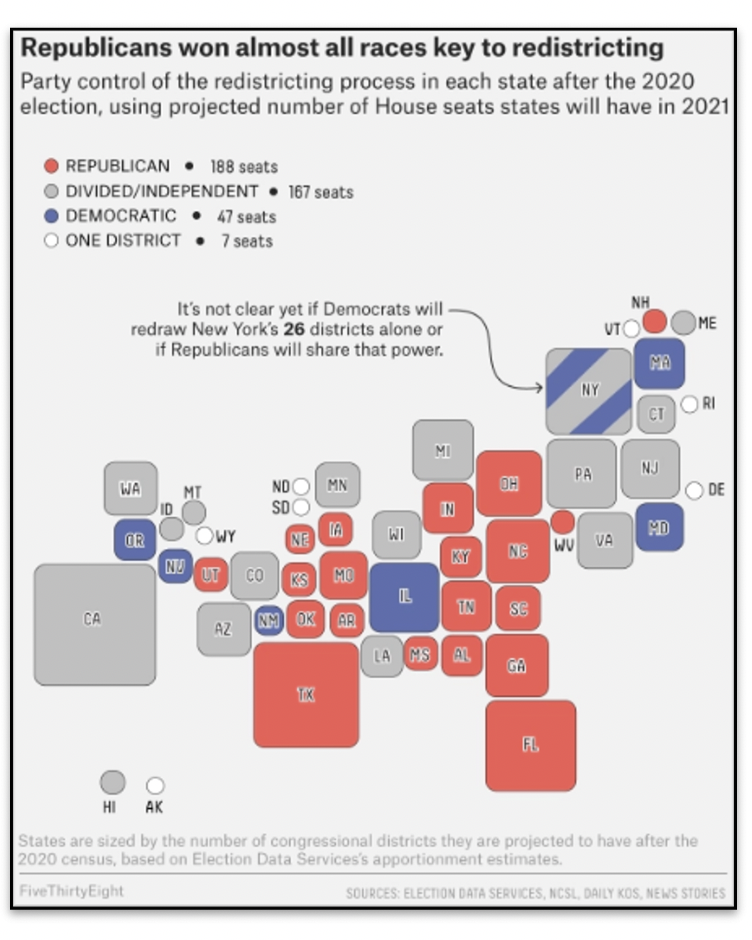