The questions now are how long will Mr. Biden’s honeymoon be, will Americans give him higher approval ratings as he enters office, and does Mr. Trump’s approval ratings improve over time once he leaves office?  Presidents generally enjoy a grace period their first few months in office, while outgoing presidents become more popular the longer they are out of office.  The presidential transition, Mr. Trump’s next act and Mr. Biden’s early handling of COVID-19 will influence how both men are perceived. 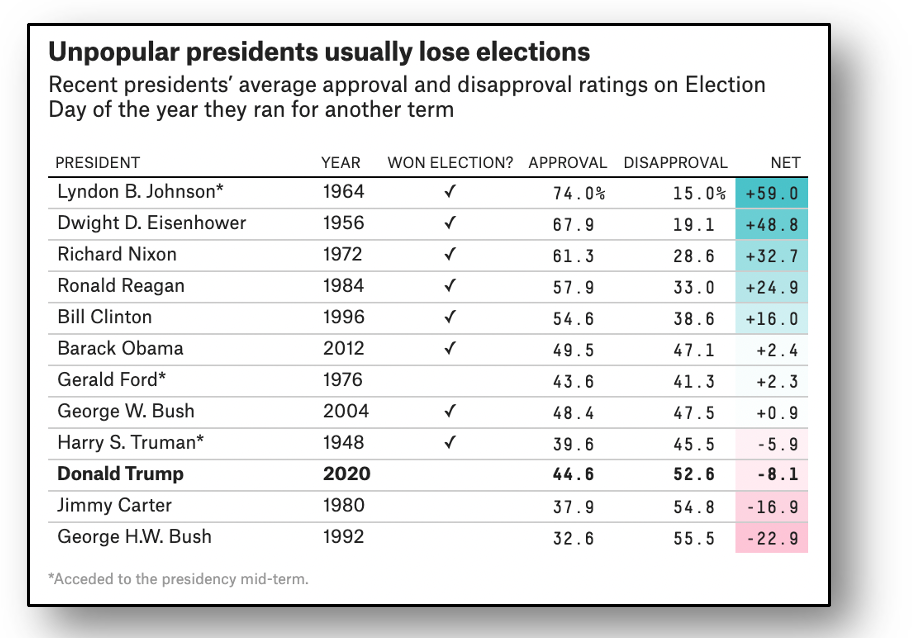 Polling News
There are many takeaways from the 2020 Election, but among the more interesting is that President Donald Trump and the Republican Party made gains with Hispanic voters. ...
Read More
Share on:
“
Mr. Carney has an excellent point Biden’s vaccine pitch relies on you being bad at math https://t.co/hUUbaJ1DjZ
”