How has the post-election conversation about voter fraud affected Americans’ views of voting in the future? A new Fox News poll finds 75% of all voters say that 2020 has made them “more likely” to vote in the next presidential election, while 11% said 2020 made them “less likely” to vote in 2024. 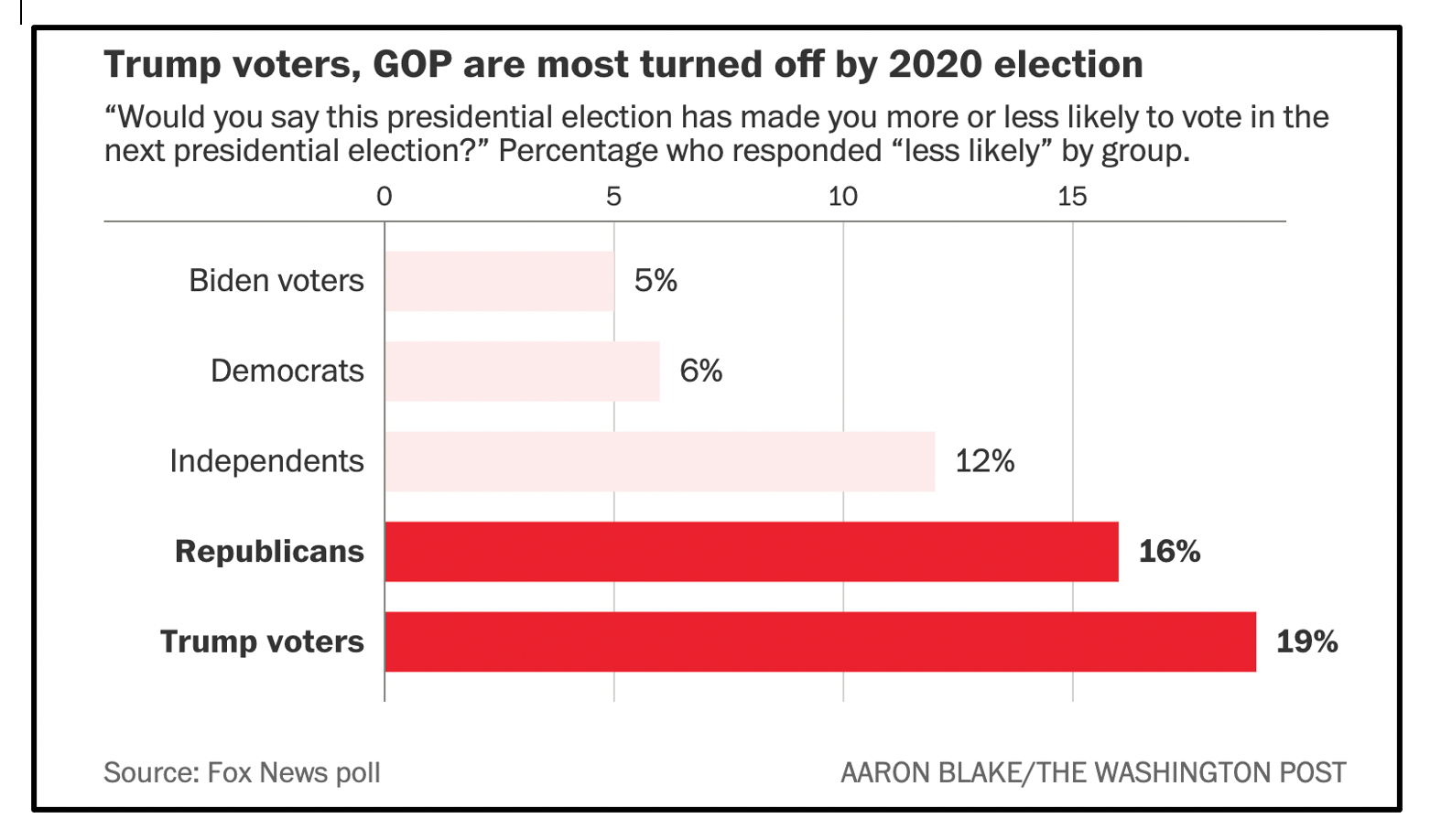 The 2020 presidential race officially concluded Monday when the Electoral College cast their votes to send Joe Biden to the Oval Office.  That said, the distrust and skepticism some voters have with the process cannot be easily dismissed.  It’s incumbent upon national, state and local leaders to ameliorate the causes for doubt.  Restoring confidence in the voting process will require reforms and transparence.

In the short-term, with the balance of the Senate hanging upon the Georgia run-offs, Republicans must find ways to reassure our voters that their ballots will count and the process will be fair and honest if the GOP is to win both seats Jan. 5.