There are many takeaways from the 2020 Election, but among the more interesting is that President Donald Trump and the Republican Party made gains with Hispanic voters. After years of the mainstream media and the far-left scare-mongering that Republicans would lose this demographic forever, the election proved the opposite was true and showed a path forward for growing the GOP. 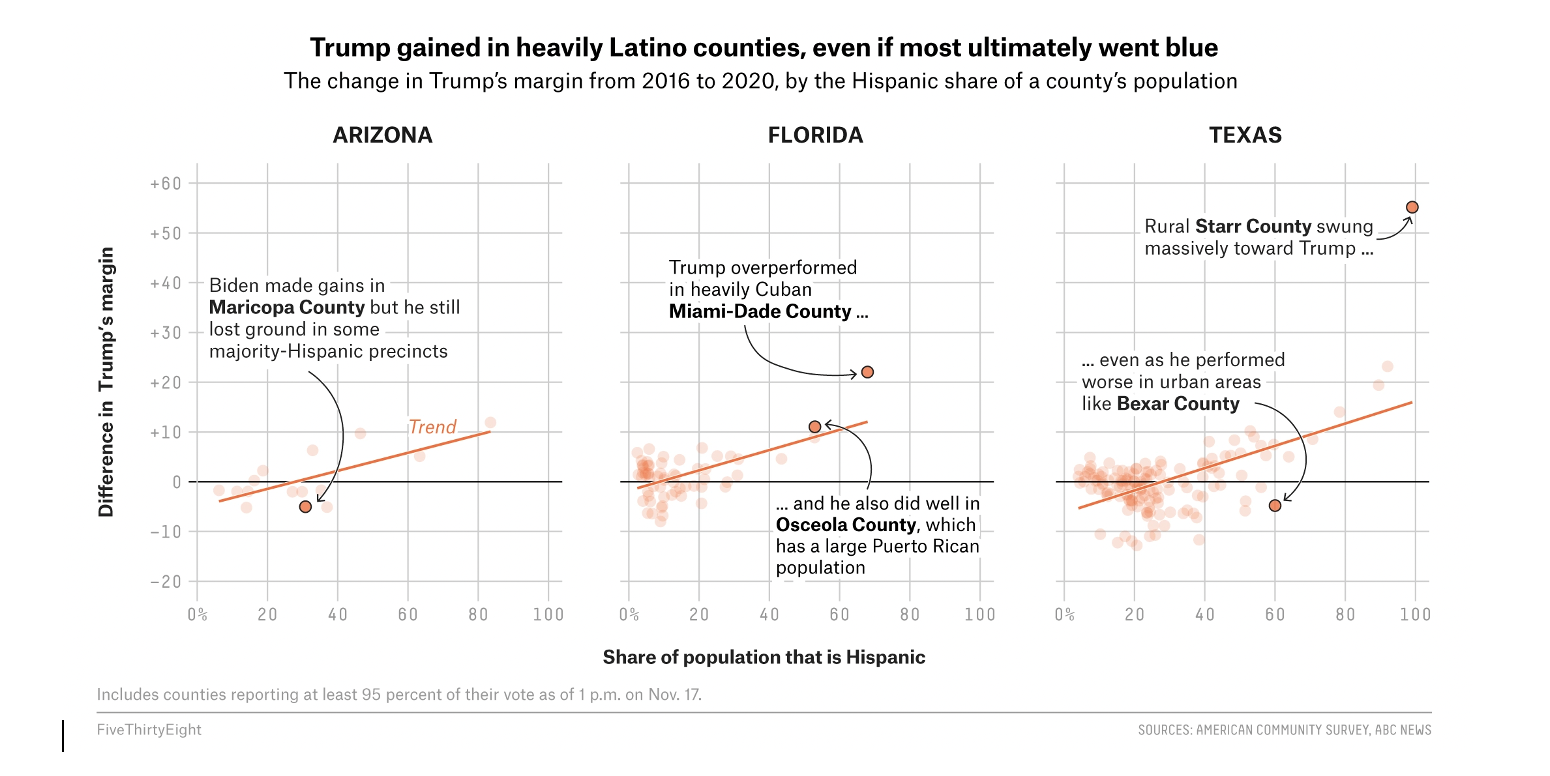 How did Trump and Republicans improve on the 2016 numbers with Latino voters? There are several reasons: The Trump campaign’s outreach, particularly with Cuban voters in areas like Miami-Dade, the Biden campaign’s lackluster mobilization of Latino voters and too many Democrats pushing what sounded like socialism to many Latino families who’d fled oppressive socialist countries like Venezuela.  This may have been the most significant factor since many of them actually experienced socialism for the evil it is, not the trendy notion it’s become with many progressives and some Democrats in Congress.

What does this mean for the future?  The GOP has much work to do with this important demographic, but 2020 showed there are ways to getting more Hispanic support.  We’ll see in Tuesday’s Georgia run-offs if Republicans are getting it right.  Watch Gwinnett County outside Atlanta with one of the nation’s fastest-growing Latino populations.