Support For Congressional Incumbents Is Highest Since 2012 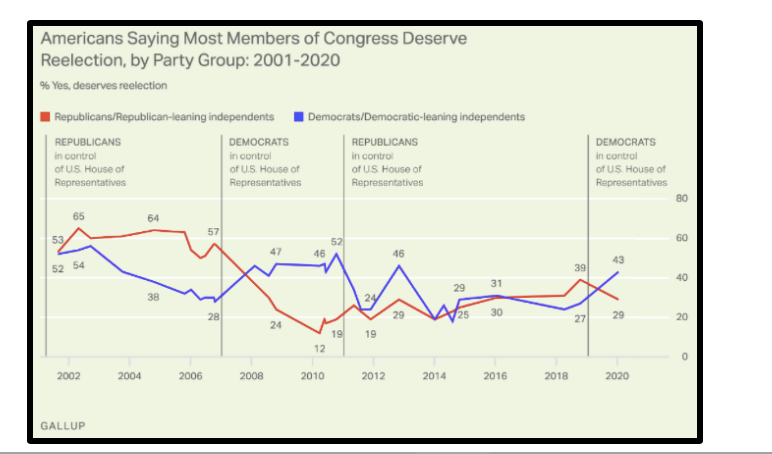 So what does this mean for the battle for control of Congress?  Gallup says reelection rates were at their high points between 1998 to 2004, when Americans’ support for their own representative and most members of Congress was high as well.  Reelection rates fell from 98% in 2004 to 85% by 2010, and at the same time, so did public support for members' reelection. 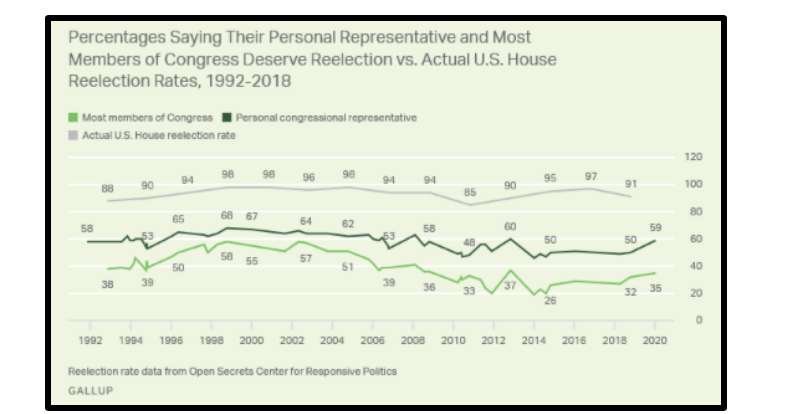 If Republicans are to re-take the House of Representatives, they need to do it district by district for they will not be bolstered by a national wave, at least not today.  Unless the choice of the Democratic presidential nominee changes these numbers, a one-size-fits-all approach to every race will fail.  Republicans must offer candidates that fit each targeted districts, people who focus on issues that matter to the district and highlight the current member’s extreme positions.  For as of today, the battle for the House is a series of individual contests, not a wave election.