Voter turnout soared in the 2020 General Election, up seven points from 2016 turnout as nearly two-thirds of eligible voters cast a ballot.  It wasn’t concentrated in just the swing states, either.  Turn out increased in every U.S. state.

The mail-in vote cannot be ignored moving forward.  While some states had no excuse absentee voting for the first time due to COVID-19 (PA, MT, CA, VT, MO, for example), it will be hard to reverse course and not continue the practice in future elections. Democrats generally have done better at chasing absentee ballots and getting out their mail votes.  Republicans must step up to the challenge and do better at mail-in voting instead of discouraging GOP supporters to vote by mail in the elections to come. 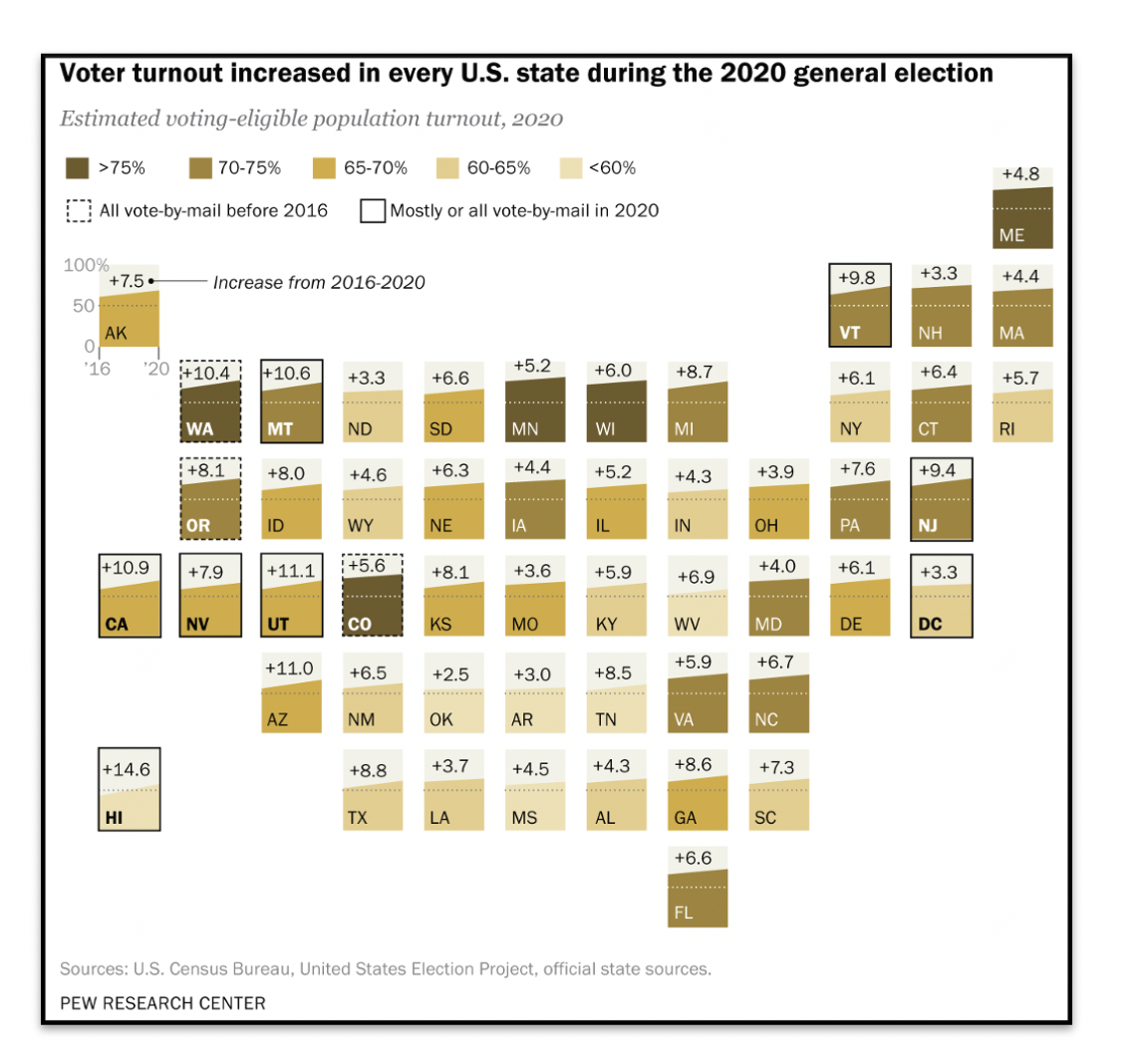 Polling News
Public confidence in the economy continues declining, according to the Gallup’s January tracking. ...
Read More
Share on:
“
Good advice, but something tells me Senate Dems won’t do this: they want lots of taxpayer money to spread around. |… https://t.co/AXGwignZ5h
”