Telephone Polling On The Decline 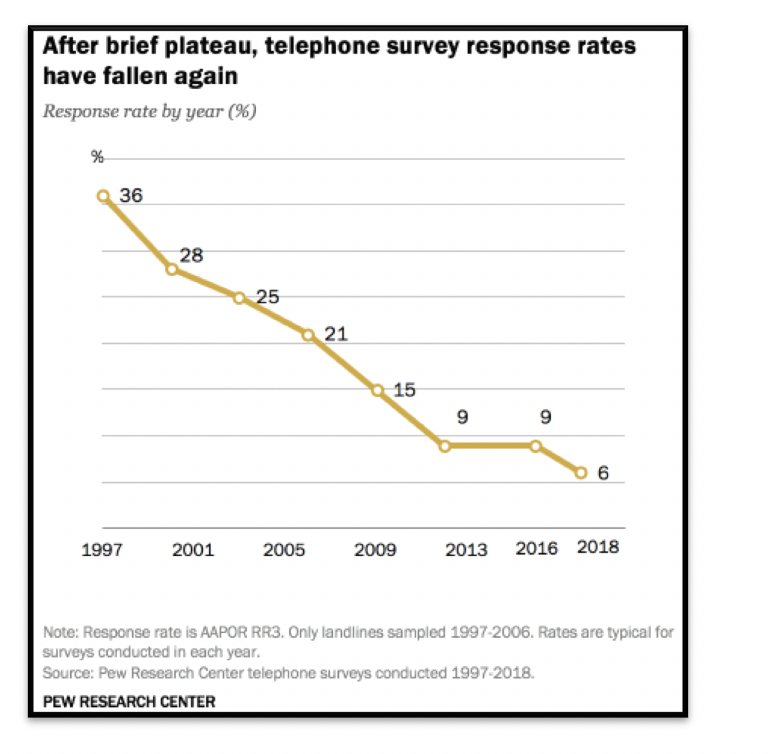 Automated telephone surveys and telemarketing calls have rapidly increased in recent years, attributing to this decline in survey responses.  Americans hang up the phone or have programs on their telephones that block survey calls, forcing the polling industry to continuously evolve with changing technologies.  For example, when more and more Americans opted for cellphone-only households over the traditional landlines, pollsters had to incorporate live-dial cellphone calls.  Now, as anemic telephone survey response rates possibly distort a survey’s findings, pollsters must find ways to supplement their polls with online samples and other means.  Some will do away with telephone surveys all together and conduct online-only polling, as Pew has chosen to do.  There are risks to that as well, as online samples cannot be verified as easily as phone respondents, but the process may improve as more and more outfits explore online-only samples.