Americans Looking to the Future

A large majority of Americans do not believe President Joe Biden should run for a second term. A Harris poll for the Center for American Political Studies at Harvard University found that 71% of those surveyed said Mr. Biden shouldn’t run for a second term, compared to only 29% who said he should. When asked the reason they felt the president should not run again, 45% said it’s because he’s a “bad president;” 30% because “he is too old;” and 26% because it’s “time for a change.” 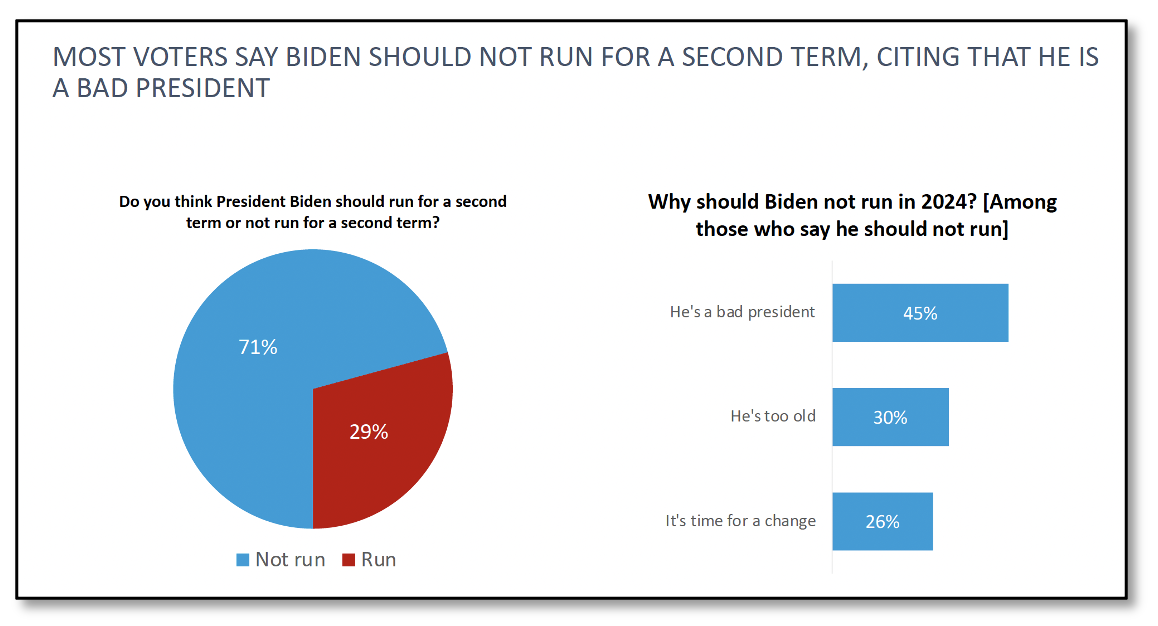 This doesn’t mean Americans believe former President Donald Trump should run again, either. Sixty-one percent said Mr. Trump shouldn’t run for president in 2024, compared to just 39% who said he should. When asked why the former president shouldn’t try for another term, 36% said because “he is erratic;” 33% that “he will divide America;” and 30% that “he’s responsible for January 6th.” 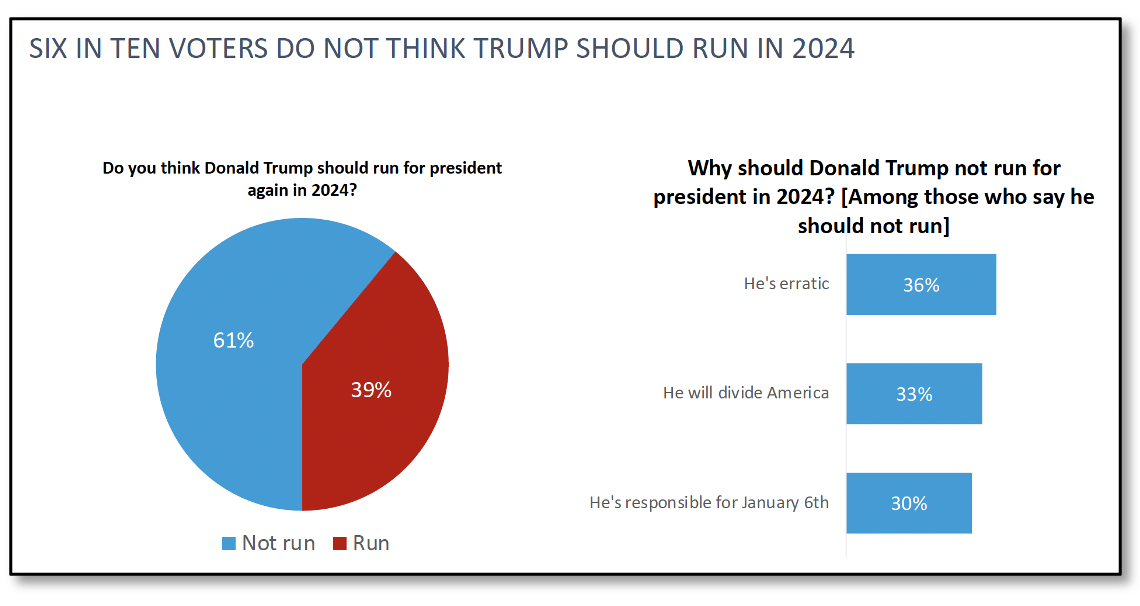 High inflation, failed leadership, and rampant crime have a majority of Americans looking for new leadership. They’re tired of leaders focused on scoring political points.  They crave leaders who’ll bring the country together with solutions that’ll make life better for everyday Americans. There’s a long way to go until 2024, but as these numbers show, Americans are looking for something more than the choices they have now.