As Democrats keep taking action on everything but the economy and inflation, the ideological gap between Democrats and their traditionally loyal Hispanic base is growing. June polling from Axios/Ipsos show that the Democratic neglect of those issues Hispanic voters care about may cost the party. 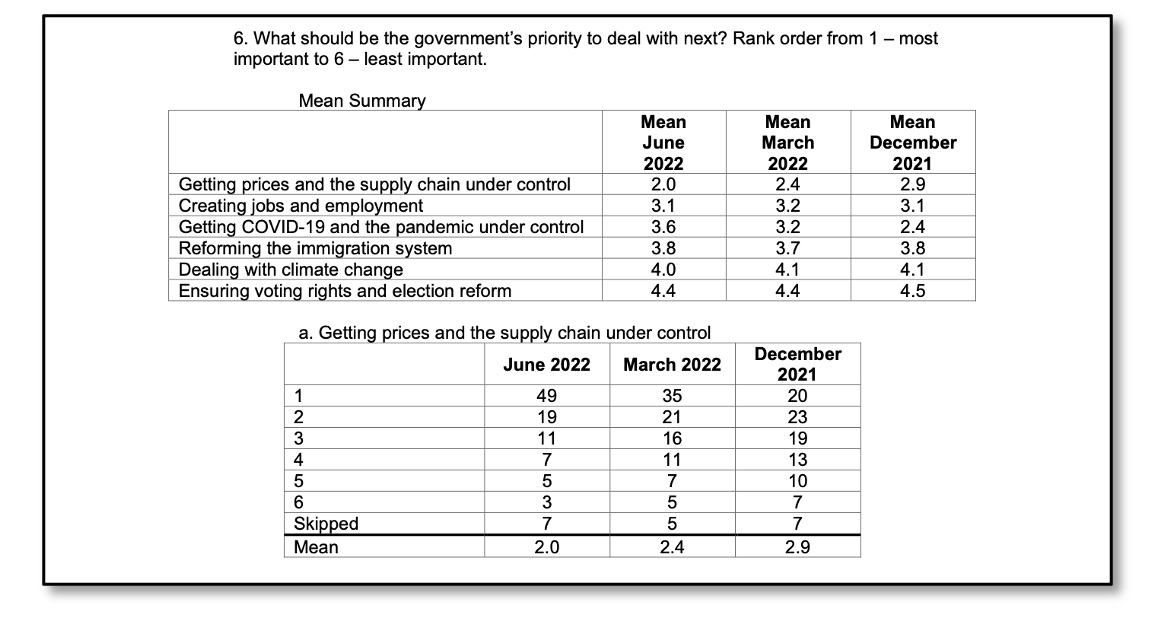 When presented with a series of issues and options for what should be the government’s priority, the number one issue for 49% of Hispanic adults polled was getting prices and the supply chain under control. This issue rose to first place over COVID between December 2021 and June 2022 and had the highest average of all six issues presented in the poll. In second place was creating jobs and employment, which stood above COVID, immigration reform, climate change, and voting rights/election reform. The shift in priorities among Hispanic voters is significant, but isn’t reflected in the Democratic agenda in Washington.

In red and blue states, Republicans made gains with Hispanic voters during the 2020 presidential elections. That change grabbed the GOP’s attention, with the party increasing their investment in the community since 2020 with programs like RNC community engagement centers and the NRSC’s Operación Vamos. That said, it will take engagement by candidates that focus on and speaks to the economic issues that are moving Hispanic voters to carry the red wave into this traditionally Democratic strength area.

Polling News
On the 15th ballot, the Hon. Kevin McCarthy of California was elected Speaker of the U.S. House of Representatives.  ...
Read More
Share on: