Last summer, AdImpact predicted that $8.9 billion would be spent on the 2022 Midterm Election cycle. AdImpact has revised their projections, now predicting political spending could reach $9.7 billion, nearly $700 million more than was spent on the 2020 Presidential Election. 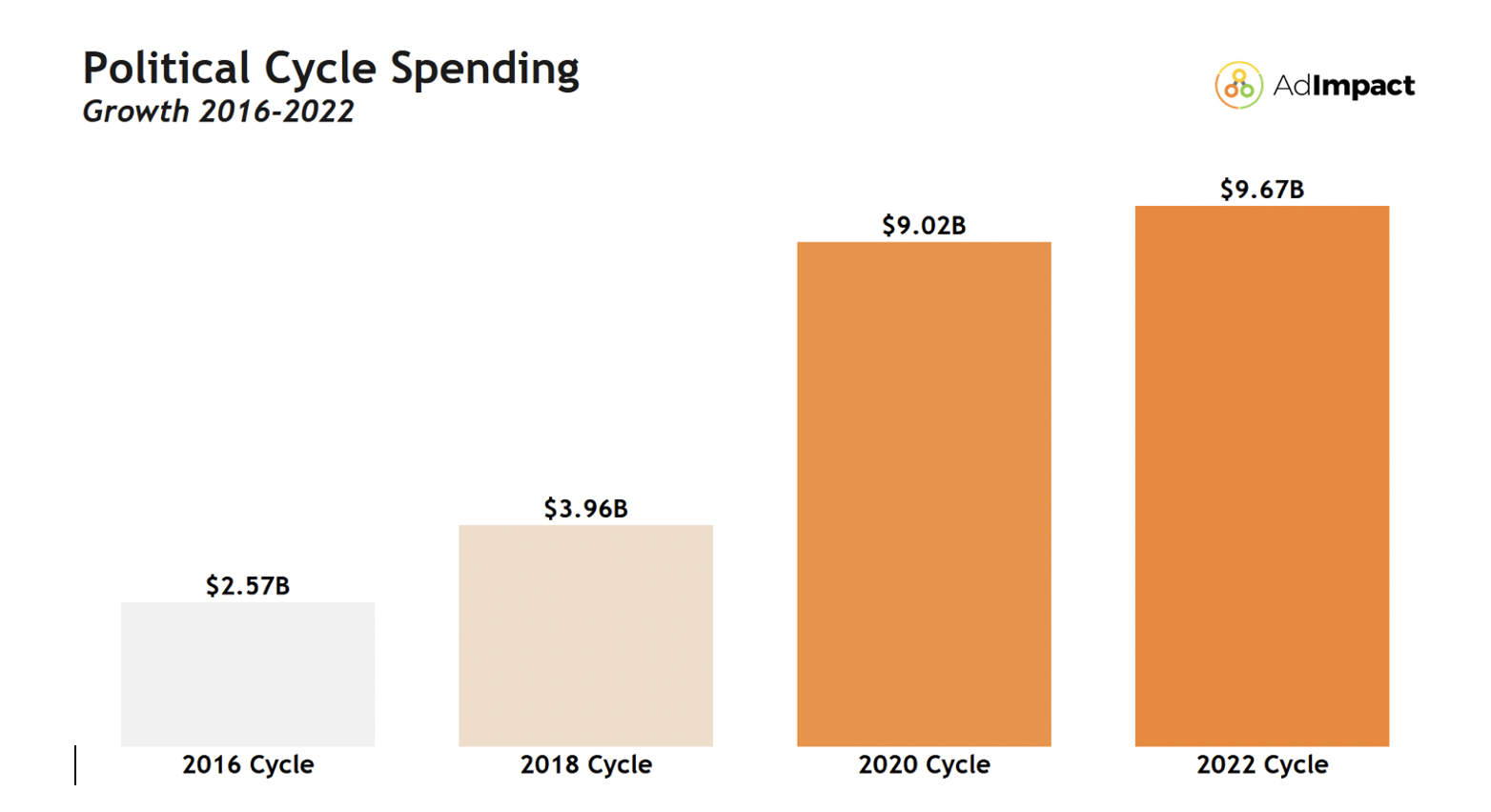 The revised projection reflects a landscape that will make this the most expensive political cycle in history, outpacing the 2016 and 2020 presidential cycles. One reason for the increase is a heavier investment by campaigns and committees in Connected Television (CTV), accounting for 14.92% of projected spending or $1.44 billion. As media consumption habits evolve, more and more Americans are leaving traditional cable and broadcast subscriptions behind, known by the phrase, “cutting the cord.” These voters represent important parts of the political landscape, and advanced targeting allows them to be reached with increased precision. Broadcast (51.45%/$4.98 billion) and cable (15.93%/$1.54 billion) remain dominant in spending, but AdImpact projects the stream of voters switching to CTV to continue and relative spending on the medium to increase.

While presidential elections typically see the highest levels of spending, the number of competitive gubernatorial, Senate, House, and down-ballot races and initiatives have driven the increase in ad spending. The rising cost of advertising means campaigns must keep evaluating the mediums used to reach voters to ensure every dollar goes as far as possible.