Women Are Driving The Labor-Force Comeback 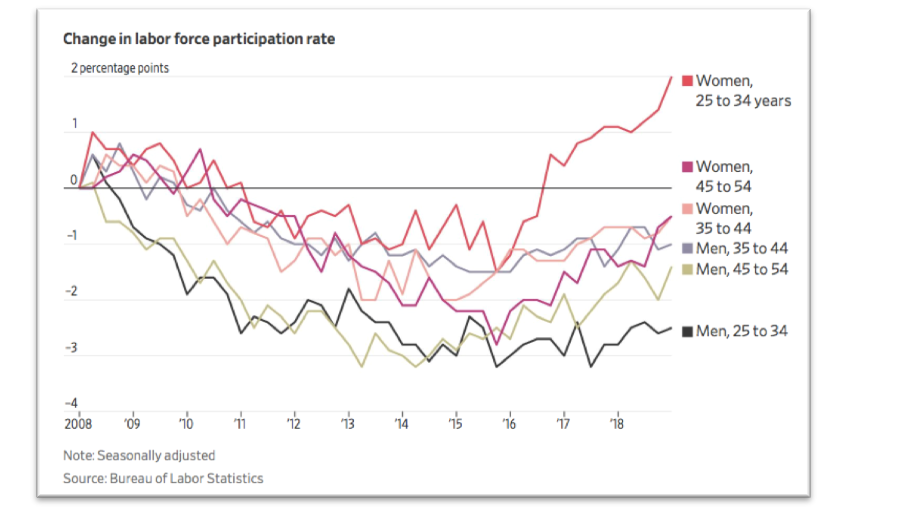 The Wall Street Journal explains that rising wages and increased availability of jobs that usually attract women, such as nursing, education, and service-related, explains why more women are entering the workforce.  Much of that was likely possible thanks to the president’s tax cuts that went into effect in 2018.  While there were more women than men outside the labor-force and thus, more gains to be had among women, the point remains that on President Trump’s watch, women have seen substantial economic gains.

As Democrats daily call the president and other Republicans sexist and bad for women, the economic gains benefiting women alone are powerful counter-points.  Republicans running all down the ballot would benefit greatly by embracing and highlighting positive stories of more jobs for women.  While Democratic politicians hurl insults, Republicans can be the ones with success stories to tell.

Polling News
Voters between 18-29 years old are extremely enthusiastic to vote in this election, according to the Fall 2020 Harvard Youth Poll.  ...
Read More
Share on:

Polling News
According to a new Gallup poll, 51% of Americans want the Senate to confirm federal judge Amy Coney Barrett to the Supreme Court, including 52% of Independents, 89% of Republicans, and 15% of Democrats.  ...
Read More
Share on:

Polling News
The Wall Street Journal highlighted the record-breaking rate at which voters are voting early. ...
Read More
Share on:

Polling News
Four years ago yesterday the release of the Hollywood Access tape was thought to have ended Donald Trump’s chances for the presidency. ...
Read More
Share on:
“
RT @DanaPerino: Sitting with my friend ⁦@KarlRove⁩ tonight https://t.co/a4ji0iQr2b
”