Fivethirtyeight.com’s Nate Silver compared a weight average of polls of the Democratic presidential field before and after the last debate to see which candidates had moved.  Kamala Harris showed the most movement, but in a negative direction, dropping nearly three points between the two debates, going from 10.7% to 7.9%.  Joe Biden dropped 1.9 points, but stayed well ahead of the pack at 28.4%.  The rest of the field remained stagnant.  Bernie Sanders (+1.8), Elizabeth Warren (+1.6), Cory Booker (+0.8), Pete Buttigieg (+0.7), and Tulsi Gabbard (+0.5) saw slight positive movement, but didn’t change their overall standing.  The remaining candidates barely moved half a point in either direction.

Silver notes that Biden has a strong base while Warren may be the only hopeful with potentially both a high ceiling and positive momentum.  He argues Sanders and Harris are showing vulnerabilities and may not have either staying power or a “compelling theory” that gives them the nomination.  There will be many more polls and debates before the Iowa Caucuses, but now, most candidates are not breaking through. 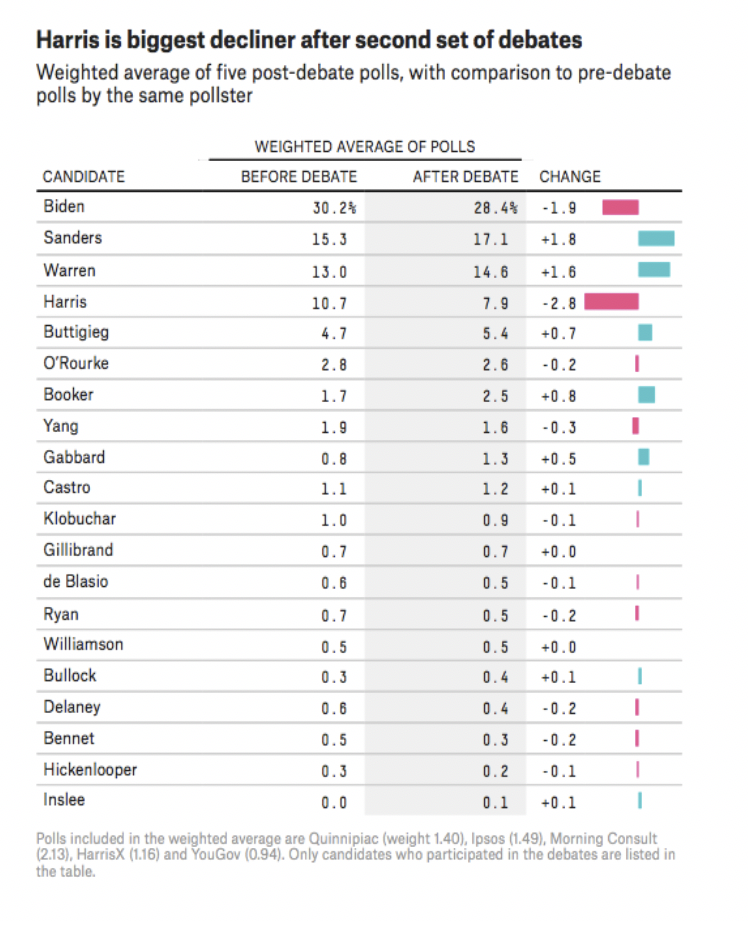